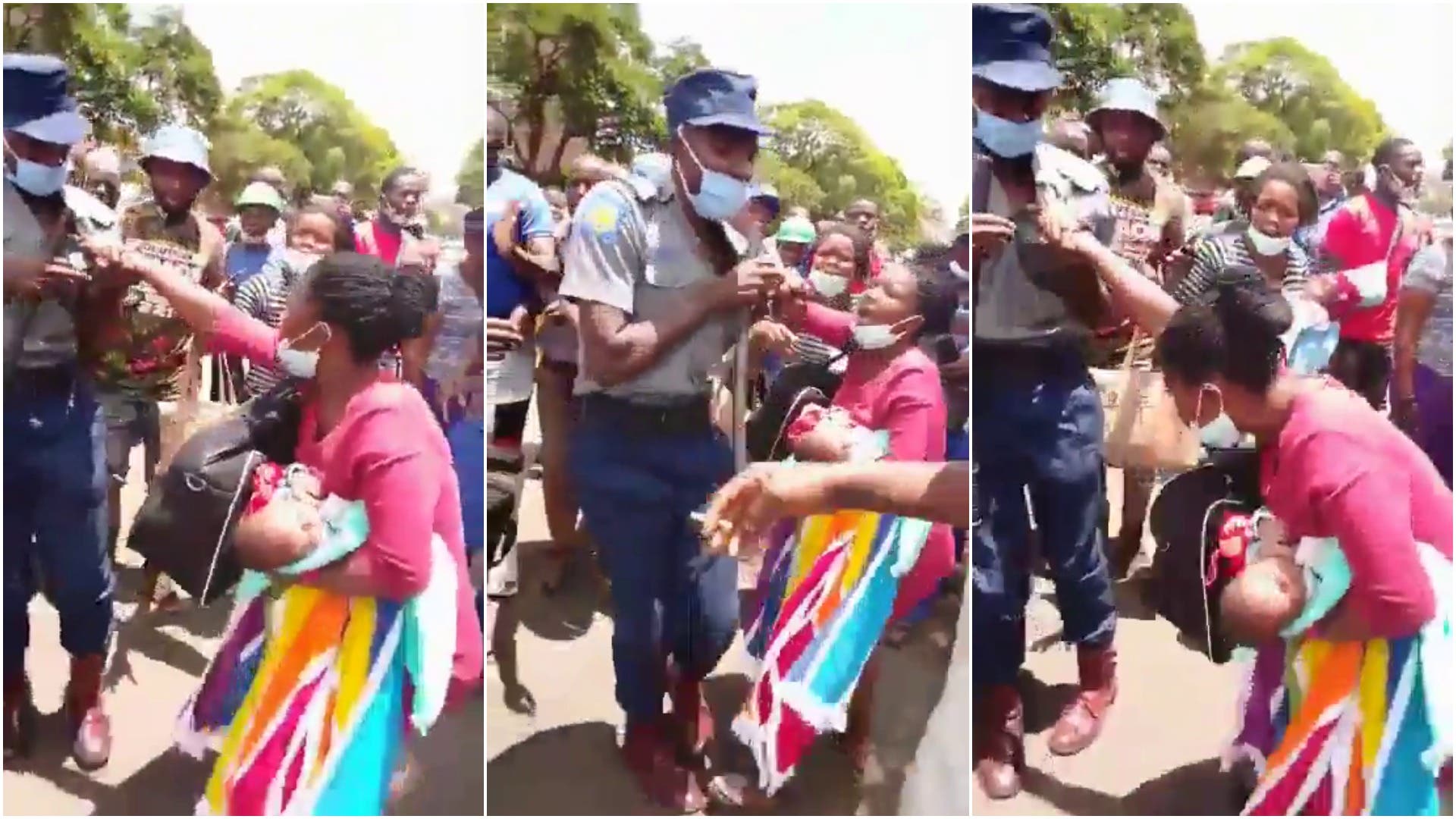 The agitated woman drags the police officer
Spread This News

POLICE investigations have dismissed wide reports sparked by social media suggesting a baby was struck dead by a baton wielding police officer while strapped on its mother’s back.

In a statement Wednesday, national spokesperson Assistant Commissioner Paul Nyathi however confirmed the ugly skirmishes at a bus stop for Bindura bound transport on the fringes of Harare CBD Tuesday.

A video that went viral on social media showed an agitated woman carrying a baby on her left hand who was dragging a police officer by his uniform.

Social media was abuzz with claims the operative had killed the baby with a baton stick while strapped on its mother’s back.

Police at the time could not readily provide responses as to the incident, fuelling reports the death incident indeed happened.

It has however turned out after police investigations that the baby was struck by window glasses after the police officer struck the commuter transport omnibus which was ferrying passengers illegally. 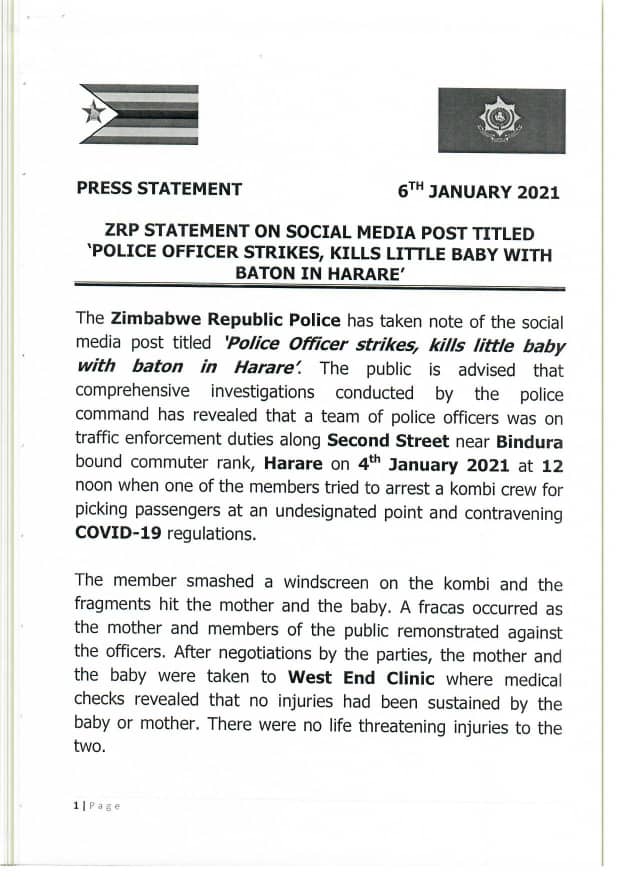 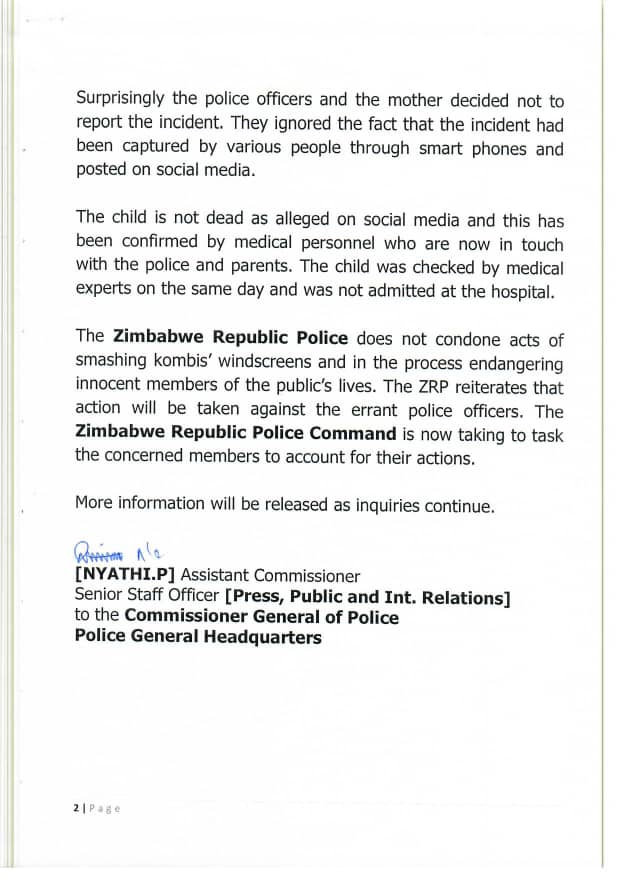