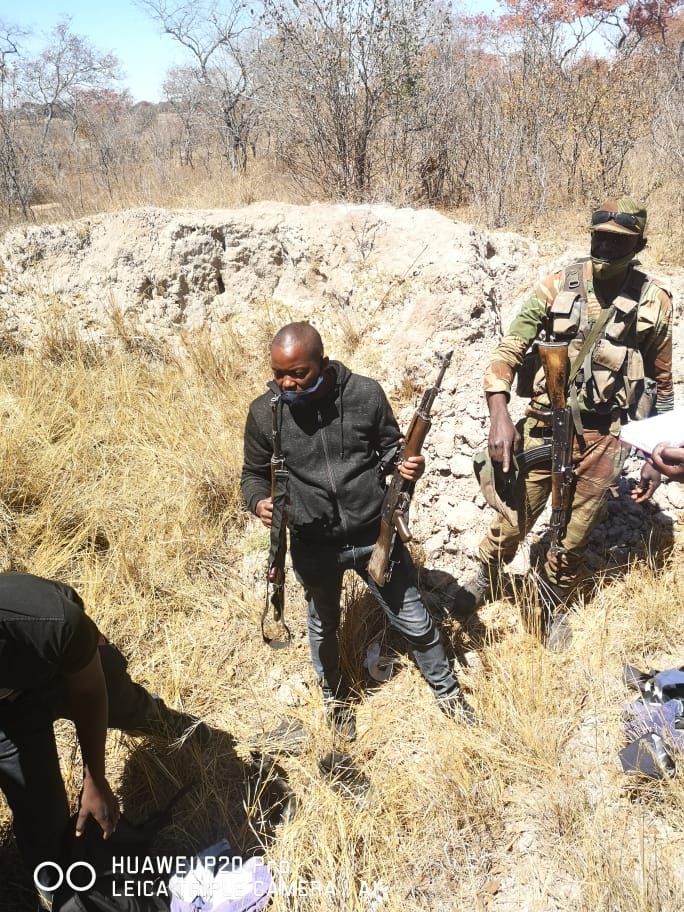 Security details with the recovered weapons
Spread This News

NOTE: Images below may not be suitable to persons with a nervous disposition

Police in Zimbabwe say they have shot dead two people suspected to have gunned down a soldier and seriously injured another one yesterday at a police base in Chivhu, Mashonaland East and fled with two AK47 riffles.

Police spokesperson, Paul Nyathi, says the two were killed by members of the Zimbabwe National Army and Zimbabwe Republic Police.

He said the two suspects have not yet been identified.

“We can confirm that the two have been killed and the weapons recovered,” said Nyathi.

In a tweet, Information Secretary Nick Mangwana said, “ZNA’s Lorance Mupanganyama was murdered in cold blood while Peter Zvirevo sustained serious injuries in a Chivhu attack. Just like when Lee Rigby was killed in a similar attack in Britain or when Michael Zehaf-Bibeau attacked servicemen in Canada, we stand with our soldiers.”

Below are WhatsApp images linked to the killing of the gunmen 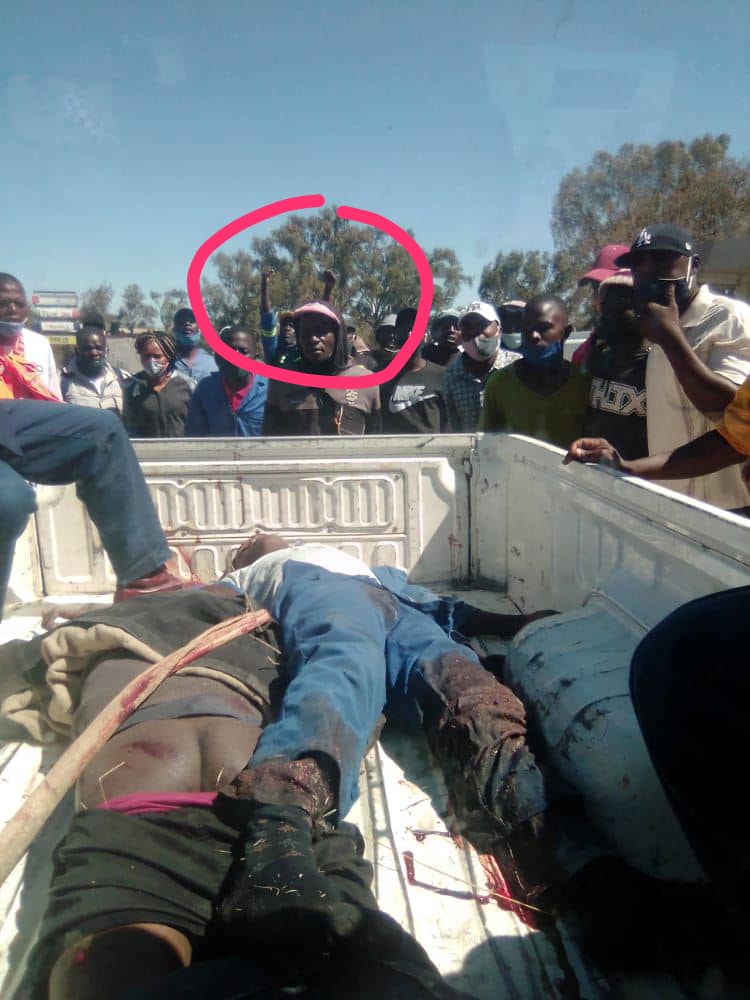 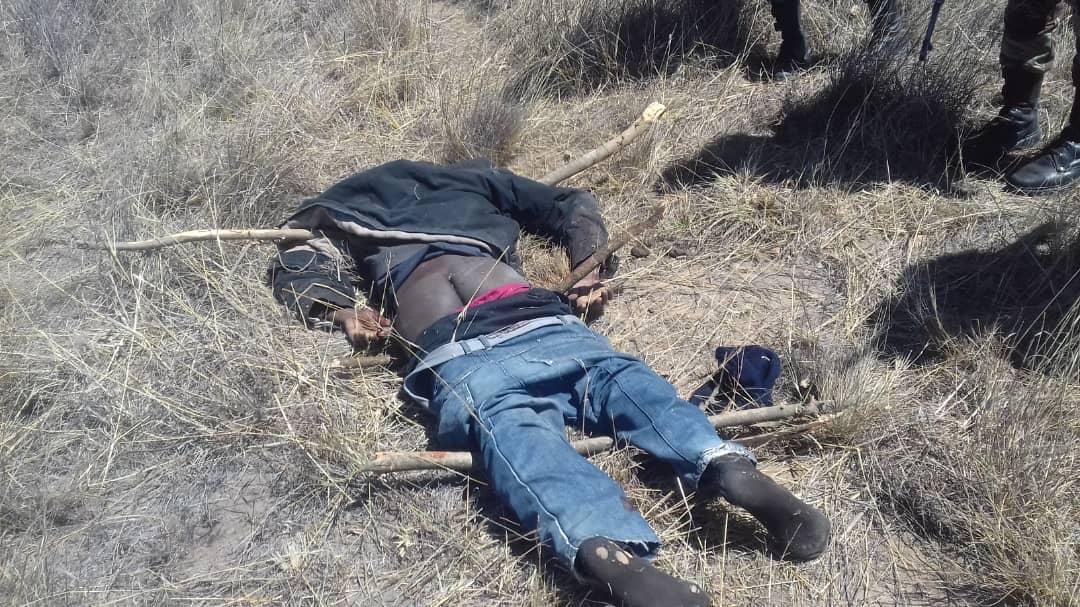