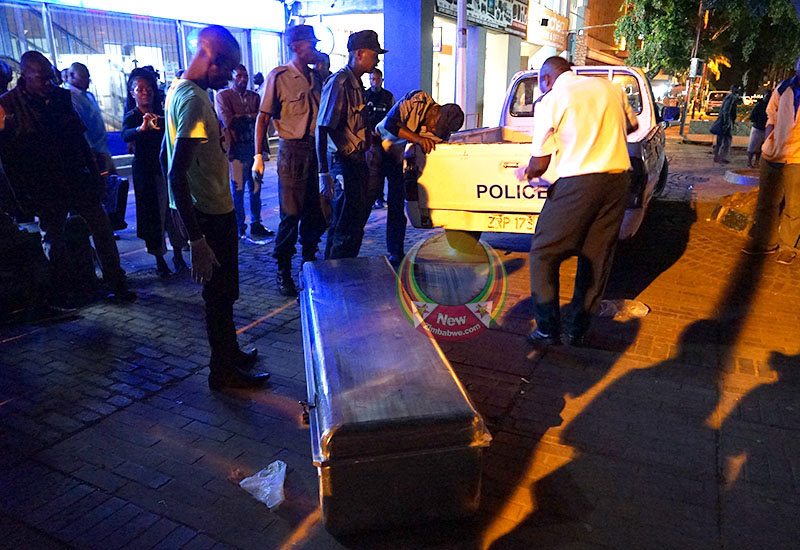 A Guard Alert security who was manning an Econet Wireless Shop along Harare’s First Street in the CBD late Tuesday afternoon shot and killed himself with police saying the unidentified keeper committed the act after he had been exposed for stealing cell phones from the same shop.

According to Nyathi, “the security guard reported for work Tuesday morning and stole some cell phones and hid them.

“Upon realising many of the workers were not yet at work, he took advantage of their absence and committed the crime.

“At the end of the day, the workers checked the CCTV as per routine and it showed the guard had stolen some cell phones.

“After being shown the videos, he requested to go to the toilet and he shot himself.”

Nyathi warned members of the public to desist from committing crimes which he said had consequences.

“It is really unfortunate, but people should also realise that such a crime does not pay. Crime has some consequences,” he said.

He added, “The name of the deceased will not be released until his next of keen are advised. I want to caution the media against publicising his name until his relatives are advised.”

Some vendors who spoke to NewZimbabwe.com outside the Econet Shop said they knew the guard to be a good man.

“He was such a good person but temptations (to steal) are there. People are struggling to make ends meet at home. It is so sad we have lost a family man,” said one of the vendors who refused to be identified.

A junior police officer who was among the team that attended the scene was overheard saying of the dead security, “Anga aguta kufema (he had had enough of life).”