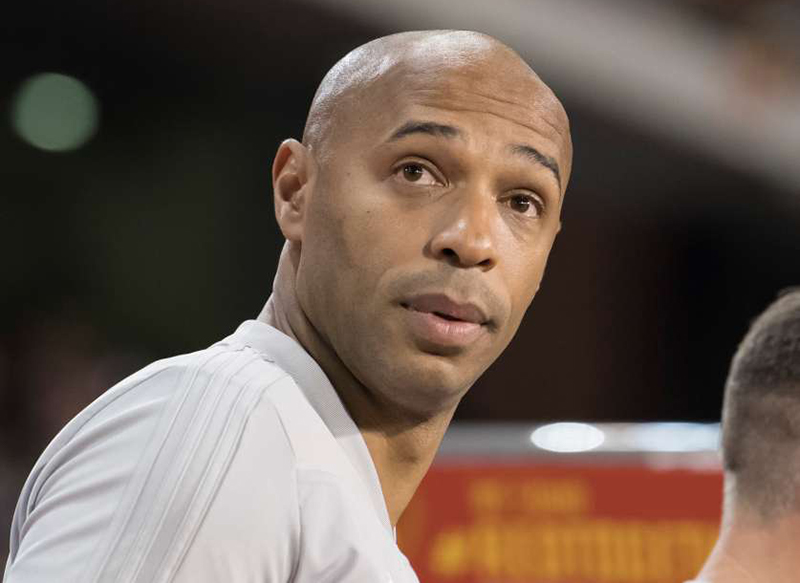 FORMER Arsenal striker Thierry Henry has been appointed as head coach of Monaco until June 2021.

The 41-year-old Frenchman, who had been Belgium’s assistant manager, began his professional career at Monaco and helped them win Ligue 1 in 1997.

The club are third from bottom in Ligue 1 and sacked manager Leonardo Jardim on Thursday.

“I am very happy to come back to Monaco and extremely determined to meet the challenges ahead,” Henry said.

“I cannot wait to meet the players to start working together.”

Monaco have won just once all season in all competitions. In Ligue 1 they have six points from nine games with five defeats and they have lost both games in the Champions League.

Portuguese boss Jardim was appointed in 2014 and led the club to the French title in 2017, their first since 2000.

Henry, who has been linked with Aston Villa, was with Belgium on Friday as they beat Switzerland 2-1 in the Nations League. In July he helped the team finish third at the World Cup.

He started his career at Monaco in 1994 under former Arsenal boss Arsene Wenger, before joining Juventus in 1999.

After just one year in Italy, he signed for the Gunners and went on to win two Premier League titles and two FA Cups in eight years in north London.

Then came a move to Barcelona, where he won the treble of La Liga, Copa del Rey and Champions League in 2008-09.

In 2010 he signed for Major League Soccer side Red Bulls, where he spent five seasons and also had a two-month loan spell back at Arsenal in early 2012.

Henry was a World Cup winner with France in 1998 and won the European Championship two years later, scoring 51 goals in 123 appearances for Les Bleus.

He retired as a player in December 2014 to work as a television pundit, before joining Belgium’s coaching staff in 2016.