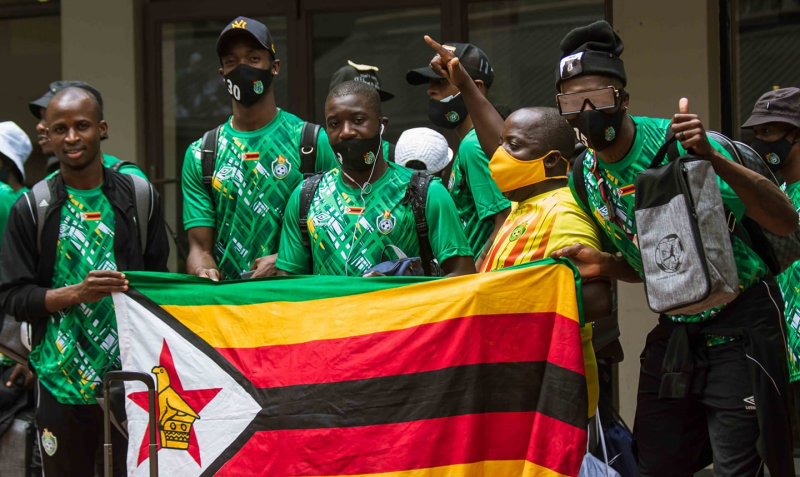 THE Zimbabwe Warriors arrived in Francistown, Botswana Wednesday evening ahead of their Africa Cup of Nations qualifier against the Zebras Thursday.

Contrary to speculation on social media the team would endure a road trip of more than 400 kilometres from Gaborone to Francistown, the Botswana Football Association organised a connecting flight for the Zimbabwe team from Johannesburg.

This is in line with Confederation of African Football (CAF) rules which state that if the distance between the capital city and the match venue is more than 200km the host association shall provide the visiting team with an airplane to the host city.

With some of the players having arrived in Harare late Tuesday, the Warriors flew out of Harare Wednesday to Johannesburg, South Africa and then took a connecting flight to Francistown.

The team arrived at its hotel just before midnight and will not have the opportunity to train at the Obed Itani Chilume Stadium prior to the match.

The latest development comes after speculation was rife that the Warriors would endure a road trip of more than 400km from Gaborone to Francistown with former Warriors player Alois Bunjira criticising the local football mother body.

However, it has now emerged Bunjira, a ZIFA presidential aspirant had been misinformed as the ZIFA board had made prior arrangements with their Botswana counterparts in line with CAF competition regulations.

The Warriors will head into the match in second position on the log in Group H with five points, a point ahead of Botswana who are also chasing a ticket to Cameroon.

Zambia, who still have a chance of securing qualification despite being bottom of the log will host Algeria in the other group match Thursday before travelling to Harare for the final round of matches Monday.

Algeria have already qualified for the tournament but might still want to finish the qualifiers without losing, which means Zambia and Botswana cannot expect favours from the North Africans.

Zimbabwe can, however, take a giant step towards securing qualification for the AFCON finals by getting a positive result against Botswana Thursday.

If the Warriors beat Botswana and Zambia fail to beat Algeria, they would have qualified for the rescheduled AFCON finals to be hosted by Cameroon in January 2022.