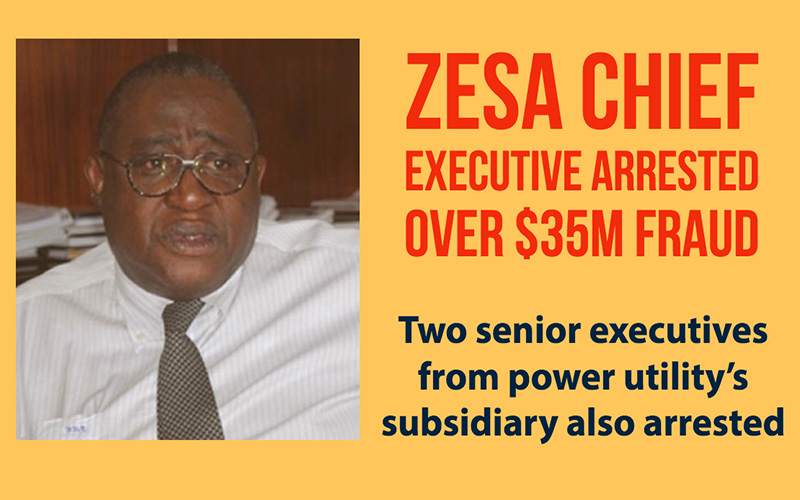 “We can confirm the arrest of three ZETDC senior managers Joshua Chifamba (age not given), Julian Chinembiri (53) and Thoko Dhliwayo (51) for contravening section 174 (1)(a) of the Crminial Law Codefication and Reform Act Chapter 9:23.

“The arrest is in connection with criminal abuse of office involving the Zesa Enterprises (Pvt) Ltd and an Indian company called PME for the supply of transformers and other equipment worth $35 million meant for Chiwaridzo and Aerodrome in Bindura, Senga in Gweru and Cowdry Park in Bulawayo.

“The two (Chinembiri and Dhliwayo) are also facing allegations of abuse of office in connection with payments made to Fruitful Communications for advertising ZETDC products without going to tender,” said Nyathi.

Former Energy Minister Samuel Undenge has already been convicted of the crime but has appealed against both the conviction and sentence.

Chivayo is also before the courts for allegedly fleecing ZPC of $5m million.