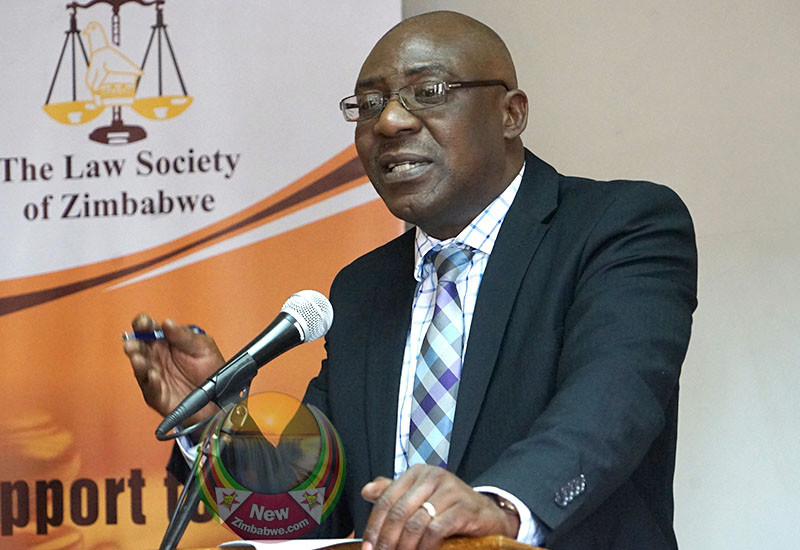 THE Law Society of Zimbabwe (LSZ) says it will not be cowed and allow Zimbabwe’s Constitution to be trampled on for personal gain.

LSZ President Thandaza Masiye-Moyo reiterated his organisation’s position that attempts by the government to amend some sections of Zimbabwe’s Constitution were retrogressive.

He was speaking during a media tour of the society’s offices in central Harare Monday, some few weeks after Justice Minister Ziyambi Ziyambi expressed bitterness after the LSZ raised red flags over attempts by the government to amend the presidential running mate clause and give a sitting president sweeping powers to choose his vice presidents.

“Our view is that the proposed amendment is retrogressive in the sense that the current set-up was designed for a purpose and that purpose was to decongest power from an individual,” said Masiye-Moyo.

“We aspired and we acquire that aspiration in the expression of that section to move with the world because the world today is moving towards democratisation and democratisation by its very nature is decongestion of power, decongestion of power creates checks and balances so that it is not just one person who determines the fate of the rest,” he said.

Masiye-Moyo told journalists gathered that the LSZ had not moved from its lane of protecting the country’s laws.

“We have been criticised by the Minister that we have turned ourselves into activists and the point that we keep insisting on is that we are not and we have not moved off our lane as described by the minister, because if we look at section 53 of the Legal Practitioners Act, this is exactly what we are mandated to do, this is our role in terms of the act,” he said.

Masiye-Moyo said the proposed amendments were taking the judiciary back to an old and worse off system and LSZ position was that Zimbabwe cannot afford to have one leader determining the fate of entire nation.

“Our argument is that we do not want a chief justice who feels indebted to the appointing authority which is why we are saying the current set up is progressive in nature. It answers to international best practice and it is the right thing to do, this is where the world is going. So when you now take that away it means you are retrogressive,” he added.