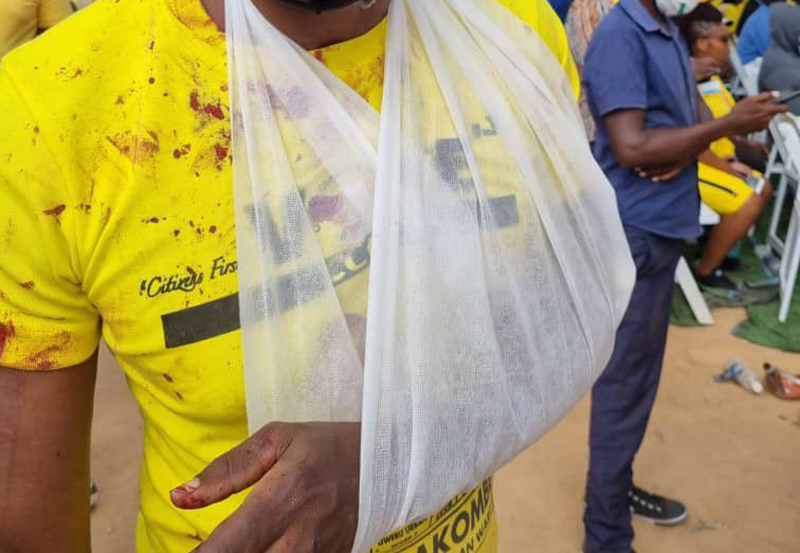 This comes after a video showing elderly men and women being viciously assaulted and interrogated for attending  a CCC gathering and being affiliated to the rival opposition party went viral on social media.

The video seems to have been filmed by one of the assailants.

In a statement, the lawyers said they were horrified by the indignity with which the violence was administered.

“As Zimbabwe prepares for the 2023 general elections, we call for restraint from all and for the creation of a just and democratic society in which plurality thrives.

“We call upon all to accommodate different beliefs and political inclinations and realize that in our diversity after all, we are one people, with a common past and shared patriotic vision. We are Zimbabwe!

“We thus call upon politicians, community and church leaders to take their place and lead in ensuring that we have a Zimbabwe that we not only want, but that we indubitably deserve. We have no option but to hold both our people and our leaders to these standards of propriety, and so here we stand, our God will help us.

“In doing so, we are guided by the higher moral ideals that include respect for the elderly and honouring them as parents, and this constitutes our faith, a faith that depends on its propagation for its sustenance and meaning,” the statement reads.

Meanwhile a report has since been made at the police and investigations are underway.

One of the elders who was severely assaulted has been hospitalised.

Human rights watchdogs and political analysts have repeatedly warned of a bloody 2023 election.