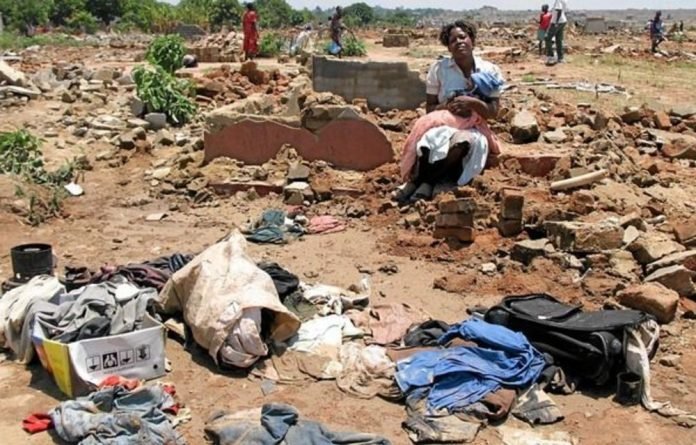 THE Zimbabwe Lawyers for Human Rights (ZLHR) has asked the Mudzi Rural District Council (MRDC) to stop demolishing some villagers’ homesteads in the area in order to pave way for the construction of a road.

The MRDC in Mashonaland East province recently engaged the state-owned Central Mechanical Equipment Department (CMED) to construct an alternative road at the edge of one couple, the Chirambadeya’s property.

In the process, the CMED encroached onto the couple’s piece of land.

In February 2021, the Chirambadeya family invested over US$1 500 in the construction of their property on their piece of land.

The couple attempted to stop the illegal act by the CMED by writing a letter of complaint to the MRDC registering their displeasure over the manner in which the local authority had commenced construction.

They also protested that none of the legal formalities required before a person can be dispossessed of their property were followed.

While the MRDC undertook to “investigate the matter appropriately to address the situation” and provide feedback to the family, the CMED returned and continued with the construction of the road thereby causing more damage to the couple’s property.

Faced with an obstinate local authority, the family engaged Agnes Muzondo from the ZLHR, who in a letter that was recently dispatched to the MRDC, demanded the local authority through CMED, its contractor, to cease all construction on the family’s homestead.

Muzondo warned that if Mudzi Rural District Council continues to encroach on the couple’s land and proceeds with construction of the road, she will have no choice but to seek a legal remedy which will claim damages for all the losses which the Mudzi family has suffered as a result of the actions of the local authority.