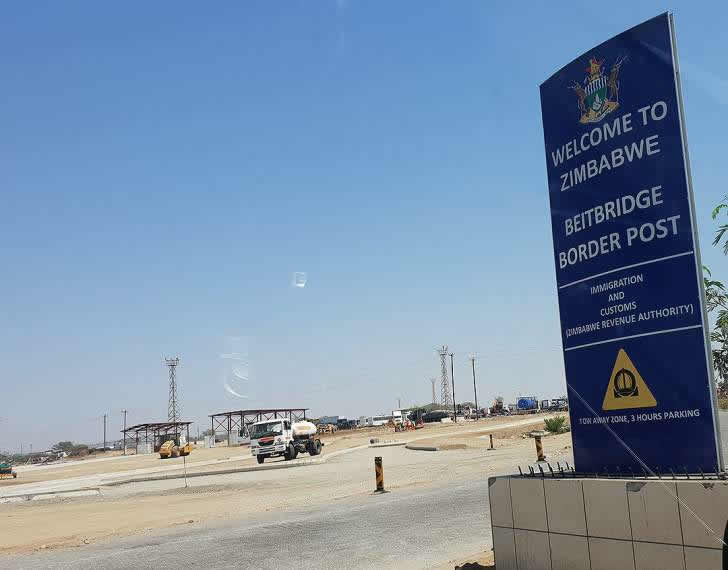 Beitbridge, Southern Zimbabwe – It is a hot Sunday morning and Zimbabwe’s busiest border post, Beitbridge, resembles something of a ghost town, deserted because of the deadly Covid-19 pandemic.

Beitbridge border post is manned by the Zimbabwe Revenue Authority (ZIMRA), a statutory body established in 2001 through an Act of Parliament and mandated to collect revenue at all frontiers on behalf of the government through the country’s Finance Ministry.

That mandate is fraught with loopholes, according to various experts we spoke to. Business Membership Organisations in particular have bemoaned what they see as leakages in tax revenues, massive smuggling and under declarations by traders due to weak management systems.

But Farai Chimanda, the taxman’s head of corporate communications – while accepting weaknesses in the systems – believes that the use of automated clearance systems, mobile and baggage scanners, electronic cargo tracking system and the Dog Detection System introduced in recent years have all gone a long way to minimise the losses.

“The Declaration Processing Centres (DPCs) ensure thorough verification of goods and documents submitted. We also utilise Mutual Administrative Agreements with other countries to confirm authenticity of documents where there is suspicion of false declaration,” he said.

Christopher Mugaga, chief executive officer for the Zimbabwe National Chamber of Commerce (ZNCC) countered: “We have not seen any progress towards plugging the leakages over the years.

“By now we expected to see some change in the streamlining of tax payment procedures, tightening of security at border posts but it all remains a pipedream exposing the frontiers to smuggling and under-declarations.”

A ZIMRA employee at Beitbridge who cannot be named for professional reasons, told NewZimbabwe.com a different story revealing that leakages still exist.

He said the shortage of scanners is prompting poor detection of the exact quantity of goods in transit, giving an opportunity for smugglers to conceal high value commodities.

He added that the border territory does not have enough cameras and drones, which limits the full view and extent of illegal activities.

He alleged that some of the ZIMRA’s officers are bribed to facilitate under declarations.

Washington-based illicit financial flows watchdog Global Financial Integrity (GFI) this year revealed that trade mis-invoicing – a form of customs and/tax fraud involving exporters and importers deliberately misreporting the value, quantity, or nature of goods or services in a commercial transaction – cost Zimbabwe US$1 billion over a ten-year period, indicating a lack of adequate detecting systems in the country’s trade systems.

GFI’s statistics are also based on trade data analysis using the “partner-country” method, or what is commonly called “mirroring,” to identify “value gaps” or mismatches in the reported data.

ZNCC’s statistics state that the country is losing US$1 billion  per annum due to poor border management systems.The figure covers tax evasions ,smuggling of goods without any duty payment and both under and over invoicing.

Chimanda admitted that under declarations are still rampant.

“Statistics on additional revenue coming as a result of enforcement shows that between January and March 2020 alone, there were few declarations from “omalayitsha” (a loose term for runners who move goods in and out of the country, usually on behalf of bigger clients) resulting in loss of revenue. They were paying nothing as a result of various evasion methods they used including false rebate claims,”
Chimanda said.

It is difficult to pinpoint the full extent of the losses as different organisations have presented varying figures on the exact amounts lost due to lax border controls but all of them contend that millions are being lost and illegally leaving the country for safe havens, without due taxation.

GFI says although trade misinvoicing is a global problem its impact is more severe in developing countries, which typically tend to rely on trade taxes as part of their total revenues. Richer countries, on the other hand, rely more on income taxes.

There may be more to Zimbabwe’s illicit flows than meets the eye, if GFI’s general comment is to be considered: “More money flows illegally out of developing and emerging countries each year—facilitated by secrecy in the global financial system—than is received in foreign direct investment and foreign aid combined. Beyond bleeding the world’s poorest economies dry, this propels crime, corruption and tax evasion globally.”

“The current Covid-19 pandemic has led to reducing the number of employees manning the border. Workers at the frontier are overworked and in turn this causes inefficiencies. Security patrols are no longer being conducted coupled with shortening of working hours (and) thorough management of the border has been compromised,” he said.

He accused the authority of not being transparent, saying despite ZIMRA collecting taxes in both local currency and US$ recently, they have not been honest enough to declare the foreign currency collections in their financial reports.

Ngwarati added that illegal routes of entry and exit still exist, creating opportunities for smugglers to freely transit their goods.

This story was produced by Alois Vinga. It was written as part of Wealth of Nations, a media skills development programme run by the Thomson Reuters Foundation. More information at www.wealth-of-nations.org. The content is the sole responsibility of the author and the publisher.