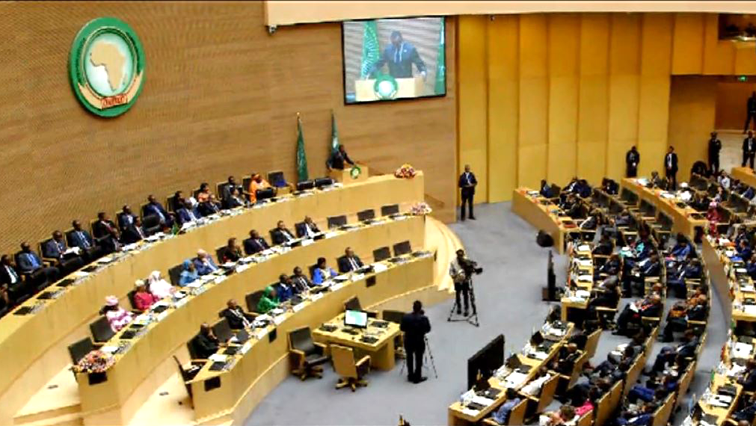 African heads of state have agreed to make reforms in the leadership of the African Union (AU) Commission and other institutions within the AU.

They have ended their two day summit held at the AU headquarters in Addis Ababa, Ethiopia, where their main agenda was how to improve efficiency of the continental body.

President Cyril Ramaphosa left Addis Ababa on Saturday night and headed back to South Africa. His fellow heads of states continued with their second day of meeting on Sunday where they adopted several decisions on the AU institutional reform agenda.

They have agreed to reduce the number of Commissions at the AU Commission from 10 to 8. The political affairs have been merged with the peace and security commission, while the economic affairs has been joined with trade and industry.

These changes will take effect in 2021 after the current leadership at the commission finishes their term.

The chairperson of the AU commission Moussa Faki Mahammat says they also agreed to tighten sanctions on defaulting members of the union.

“How do you expect the commission to implement the annual programmes when you have contributions which amount only to 50% of the annual contributions? This is a reality and we have adopted a battery of sanctions to impose going up to the total suspension of member states that can no longer participate in the meetings of the assembly or in the meeting of the African Union,” says Chairperson AU Commission Mahammat Faki Moussa.

President Paul Kagame of Rwanda who has led the institutional reforms agenda says some member states are pessimistic that a strong African Union will reduce their national sovereignty.

“It is implied in a sense that when you are working for integration you are sort of ceding some levels of sovereignty to a much bigger entity which is either the region, sub region you are in or the whole continent. So there is not going to be any doubt about that, it is well expected and I think the heads of state understands this as well,” says President of Rwanda Paul Kagame.

He says some members have asked that more time be given for deliberation. “All these kept coming up and that is what gives rise to heath debates first of all, people air their concerns and from discussion we are able to generate a consensus and move forward. It is a slow process and it is a difficult process but it is a process we have to undertake,” says Kagame.

The assembly has decided that the Africa peer review mechanism be integrated into the African Union. This is an accountability mechanism that allows the member states to do self-assessment on their governance and democratic structures.

The summit has decided to push some more items for reconsideration when they meet again for their ordinary Summit in February 2019. Click below for more on the story: