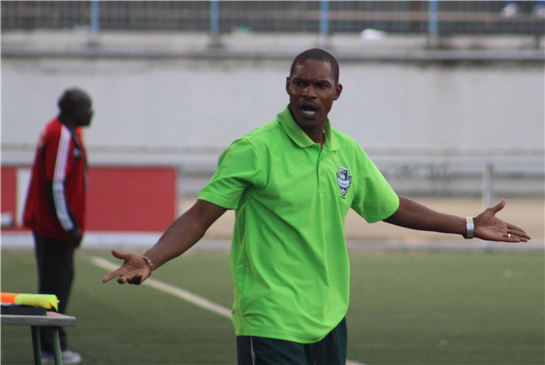 Chicken Inn 1-1 FC Platinum
Chapungu 1-1 Highlanders
CHICKEN Inn coach Joey Antipas believes they rode their luck again after coming from behind to snatch a point against second placed FC Platinum in a top of the table Castle Premiership clash at Luveve Stadium on Wednesday.
The draw saw the Bulawayo side remain top with 53 points, four off Platinum on 49 while defending champions Dynamos are third on 47 points.
Wednesday’s match was seen as a potential title decider that Chicken Inn wanted the PSL to postpone as they had four players arriving in Bulawayo on the eve of the match from Lesotho as they were part of the victorious Warriors’ Chan squad.
Skipper Danny ‘Deco’ Phiri, leading hit-man Ernest Chirambadare, defender Lawrence Mhlanga and goalkeeper Elvis Chipezeze were forced to take the now famous ‘ice bath’ to rid them of fatigue and all played against Platinum.
Midfielder Tafadzwa Kutinyu was ruled after being injured against Lesotho in the first leg two weeks ago.
Said Antipas: “It is a very good point for us.
“We have been coming from behind in the last few matches and winning, but this was a tough match. Platinum are not an easy team and I am happy that we managed to get a point.
“For us it’s a confidence booster knowing that we have not lost to them this season and the boys can now go home and have a good rest until our next match.
“There is the Chibuku Super Cup final this weekend and so we will have a longer rest.”
Chicken Inn thumped Platinum 3-1 in the opening round in April, also coming from behind at Mandava, meaning they have taken four points off their closest challengers this season.
Platinum, who have never beaten Chicken Inn in Bulawayo, finished Wednesday’s match with 10 players after striker Brian Muzondiwa, who had also arrived from Lesotho on the eve of the match, received his marching orders for a second bookable offence in the 72nd minute.
The platinum miners took the lead in the 15th through Tatenda Dzumbunu before veteran striker Clemence Matawu-a league title winner with Motor Action and Antipas in 2010-ensured a share of the spoils in the 48th minute.
At Ascot, Highlanders picked up a crucial point when they drew 1-1 against Chapungu.
Chapungu’s veteran striker Phillip Marufu scored for the airforce side after 34 minutes of play. But Bosso won a penalty in the 41st minute which their leading scorer Knox Mutizwa converted.Advertisement

Chapungu remained in eighth place with 36 points while Highlanders are also stagnant in 11th place with 32 points, one behind ZPC Kariba and How Mine.
Highlanders have the added advantage that from their remaining four league matches of the season, three will be at Barbourfields with the only away match against red-hot Hwange at the Colliery in Week 28.