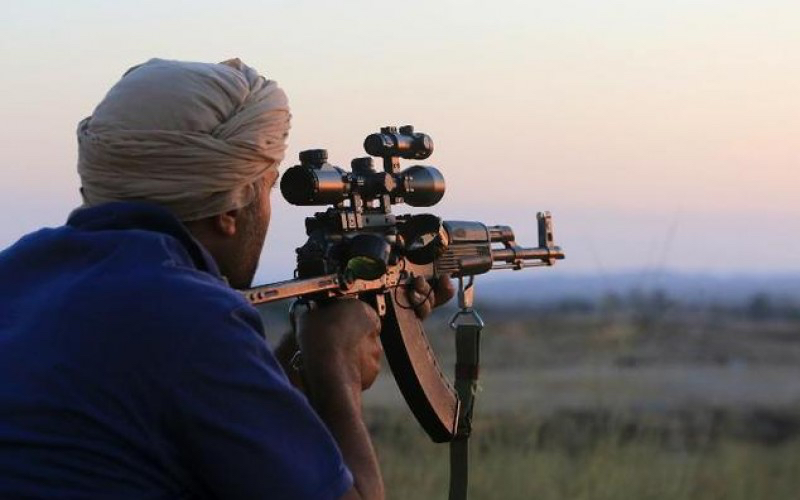 PALERMO: Representatives of Libya’s quarrelling factions and of countries keen on stabilising the North African nation were attending a conference in Sicily Monday aimed at finding a political settlement to bolster the fight against Islamic militants and stop illegal migrants from crossing the Mediterranean to Europe’s southern shores.

The driving force behind the conference is Italian Premier Giuseppe Conte, but hours before it was due to start, the hopes for success seemed limited.

The participation is in doubt of a key Libyan player, Gen. Khalifa Hifter, commander of the self-styled Libyan National Army with a power base in eastern Libya.

Hifter’s aides said Monday the general, if he shows up, will only discuss combating terrorism and will not attend plenary sessions on Tuesday focused on finding a formula for a political deal to end often deadly fighting among Libya’s many militias and other factions.

Italy wants to prod all stakeholders — including two rival administrations and unruly militias with considerable firepower — to agree on a road map that would reunite Libya after seven years of chaos and bloodshed.

Libya plunged into chaos after the 2011 uprising that ousted and killed longtime dictator Moammar Gadhafi, and it is now governed by rival administrations in the east and west with both relying on the support of militias.

It has also become a haven for Islamic militants and armed groups, including several from neighbouring countries, which survive on looting and human trafficking, particularly in the south of the country.

Italy’s hopes to have U.S. President Donald Trump — in Europe on Sunday for World War I centennial ceremonies — and Russian President Vladimir Putin, or at least those countries’ foreign ministers come to Palermo were dashed last week with the announcements that lower-ranking officials would participate instead.

“It’s fundamental to seize this opportunity to back the cease-fire, to facilitate discussions for the realisations of new security assets in Tripoli and to show the international community’s determination to sustain the creation and deployment of regular armed forces and security forces,” Conte was quoted as telling La Stampa daily in an interview published Monday.

For rights advocates, the conference posed another kind of opportunity: To draw attention to the plight of migrants trapped in Libya, now that the nearly nightly launching of human traffickers’ boats from Libya’s coasts has sharply dropped off as Italy and Malta have closed their ports to private rescue groups’ vessels.

“Amnesty International is calling on all those taking part in the conference to ensure that human rights of all people in the country, including refugees and migrants, are placed at the centre of their negotiations,” the rights group said in a statement.

It decried that Libya has “repeatedly delayed” the opening of a long-promised processing centre for the U.N. refugees organisation, to relocate refugees from “abusive detention centres” that U.N. officials have repeatedly denounced.

With Libya’s rich oil and gas resources, energy-rivals Italy and France have been jockeying to ensure influence in Libya’s shifting political scene.

Hifter maintains close ties with France and France’s foreign minister was among those expected to participate.

France hosted a meeting on Libya in May, when rival Libyan leaders tentatively agreed on a roadmap for parliamentary and presidential elections but declined to sign a declaration outlining their commitments.

Italy has for years nervously eyed a lawless Libya across the Mediterranean.

Conte’s six-month-old populist government — and especially anti-migrant Interior Minister Matteo Salvini — sees a more stable and secure Libya as the best outcome for Italians, and for the right-wing voter base in particular.

“The Italian government offers itself as a mediator. It … doesn’t demand anything, doesn’t set election dates, doesn’t want to impose its businesses” on Libya, Salvini said on the eve of the conference.

Hifter has been instrumental in the fight against militants, going after them in their eastern hideouts and occasionally foraying into the vast and largely lawless south. However, a deadly overnight attack last month by militants from the extremist Islamic State group showed the limitations of his army.

A lawmaker from the rival parliament based in Tobruk, eastern Libya, was skeptical about Italy’s motives for putting on the Palermo talks.

“This is Italy’s way of competing for a prime role in Libya’s affairs, especially against France and other Western powers,” Essam al-Jehani said last week. “This will lead to further meddling in our affairs, and we expect nothing positive from this meeting.”

“Libya is caught in a futile and destructive cycle, fuelled by personal ambitions and the nation’s stolen wealth,” said the veteran Lebanese politician.