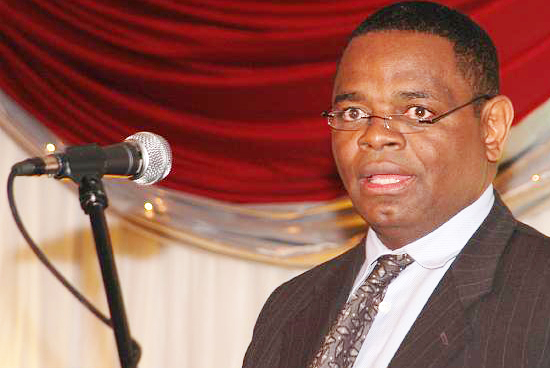 When the founding fathers of the USA declared independence, they understood the obligations implied therein yet Africa’s founding fathers in this year of the Lord still have the audacity to complain about the unacceptable financial state of the AU, an organ of so-called independent states.
The fact that President Mugabe is one of a rare breed of African leaders who was privileged to attend the inaugural summit of the AU is significant in that his tone and language ought to be different from the anger that characterised this meeting. Indeed, the founding fathers of the AU were entitled to be angry for many African states were still under the control of settlers.
It is ironic that the just ended summit adopted a resolution for identifying alternative sources of funding for the organisation especially against a backdrop of the organisation’s inability to finance its running costs from the contributions of member states. It is a generally well-established fact that the AU is not a financially viable institution yet the rhetoric from the summit would seem to suggest otherwise.
Zimbabwe’s financial health is no different from the AU yet it is uncharacteristic for its long-time leader to be described in glowing terms by not only his followers but by many people who have yet to appreciate the correct construction of the art of statecraft. The spokesman for Zanu PF said it all when he remarked that President Mugabe’s election as Chair of the AU represented: “Without a doubt, this is Zimbabwe’s moment of great honour and Africa must be proud to be led by such an icon of exceptional qualities.”
Indeed, it cannot be disputed that President Mugabe is entitled to believe that he is the best man for the job for he can legitimately claim that he would not be President were it not for the active participation of Zimbabweans who have given him a green card at each and every election held since 1980. He can also claim that he has been democratically re-elected as the AU Chair for any rational and objective person to accuse him of stealing the election.
In the words of Hon. SK Moyo, “President Mugabe is a man of impressive intellectual ability, revered across the progressive world for his principled, focused, courageous and pan-African disposition.” But even Hon. SK Moyo would accept that outstanding intellectual capability that produces poverty, unemployment and inequality is an idea that requires honest and frank interrogation.
Under the watch of President Mugabe and other African heads of state, the AU has not been able to find its own financial feet and the same is true for many African states. It is often easy to associate the economic prosperity of a nation-state with political leadership hence the tendency to describe the qualities of a leader of a government in intellectual terms when no mechanism exists for citizens to select the best leader through electoral systems.
Human civilization has failed to produce a smart system of identifying “smart political actors” yet it is often the case that citizens expect more from the people they elect than what is humanly possible. Indeed, when President Mugabe passes on the AU baton next year, it would be difficult for anyone to hold him personally accountable for any progress or lack of it during his tenure.
No doubt slogans and rhetoric will continue to conflate the leadership issue. It is easy to confuse good leadership with speeches and slogans of the leader that are regularly captured in news headlines. Can you think of a continent or country that does not want its people to develop into leaders? In Africa, there are a few countries where no leadership change has taken place since independence. In fact, the mere fact that President Mugabe has resurrected as Chair speaks volumes about Africa’s leadership conundrum.
It is easy to expect different outcomes from using tried and tested instruments and methods.  The decolonisation project required a different kind of skills and it is not often the case that the same skills required to fight against a system are as equally effective in building cohesive, prosperous and inclusive societies.
What does the above question mean though? What is a good leader exactly? Many smart Africans have studied and pondered this question. However, it must be acknowledged that we need to reflect on real life experiences in our collective quest to find leaders who understand the correct idea that inspires the human spirit.
Indeed, it is the case that persons who win elections invariably confuse the event with what is expected of a servant leader. It will be a difficult argument to assert that there exists a better leader in Zimbabwe let alone the AU than President Mugabe when the mere act of electing a person is presumed to produce “smart outcome.” I do not believe that no persuasive argument can be advanced to discourage the conclusion that elected persons are elected because they truly add value to the enterprise of life.
In an imperfect world where we are all searching for excellence, it is always easy to delude ourselves into thinking that the art of statecraft is more than what it really is or meant to be. What does a President actually do? We all assume that this person is a hard working person but when one delves deeper into the actual work done outside speeches and slogans, one may find that most nation-states would be better off without the so-called “smart” leaders.
Political leadership is often shrouded in mystery to allow any mediocre person to appear to be a genius. It would be simplistic to conclude that smart leaders can produce smart economic performance. The AU has had its fair share of leaders in its history but the financial indicators of the institution speaks volumes about our collective failure to find the X-factor that will propel Africa to new levels of human experiences.