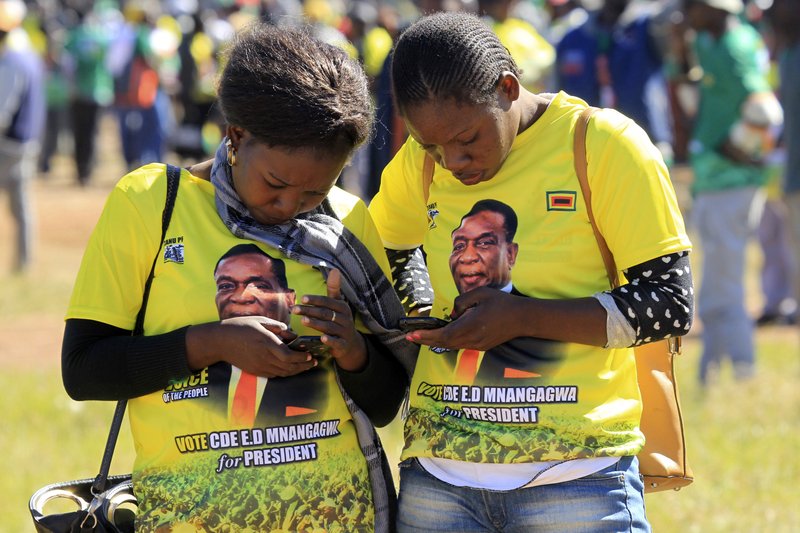 AN audio of suspected ruling Zanu PF party members discussing ways in which they can sabotage opposition Citizens Coalition for Change’s (CCC) first star rally has been leaked.

The conversation is centred around how Zanu PF’s Harare structures could move in to book Zimbabwe Grounds in Highfields where CCC leader Nelson Chamisa is expected to address party supporters Sunday.

“Junta you are in the province (Harare). Why can you not let the District Coordinating Committee (DCC) do the job since it reports directly to Harare province? Let us follow party protocol,” one of the officials from a Zanu PF WhatsApp group is heard saying.

Immediately, a woman intervenes and says, “There is no need to send someone. We just need to liaise with PISI (Police Internal Security and Investigation) officials and find out if the CCC people have booked the venues (Zimbabwe Grounds and Zororo Centre) already. If not then we can simply counter the booking and we are done!”

A third person comes on board with a different point: “I have another idea. I do not know if Mr Gomwe (Godwin – vice chairperson Harare province) or somebody is here. I am just thinking if it will work out or not.  These people are saying Zororo Centre grounds behind the Zimbabwe Grounds. I am not sure if they have already made a booking of the Zimbabwe Grounds and the centre.

“If they have not booked, we can simply go and make our booking ahead of them (CCC).  Can we send someone to check if a booking has already been done? If not, then we can book for our own meeting to counter them. But it is tricky to have our own meeting there because we have our big shots, so protocol has to be followed. Our party respects protocol. Let us get a green light from the bosses first. I believe Mr Gomwe is in this group so let us hear what he has to say,” added another.

Contacted for a comment on the Zanu PF counter plan, CCC spokesperson Fadzayi Mahere said the party was clearly scared of the ‘Yellow Machine’.

“That is clear evidence that Zanu PF is in panic mode and scared stiff of the Yellow Machine. Nothing can stand in the way or an idea whose time has come.,” Mahere told NewZimbabwe.com in an interview Tuesday.

Asked if CCC was considering another venue, Mahere replied, “Why would we? We have a venue and we will use it for our star rally.”

Zanu PF launched its national by-election campaign at Epworth High School in Harare over the weekend with most of its supporters having been transported from the rural areas as far as Muzarabani and Mhondoro just to name a few.