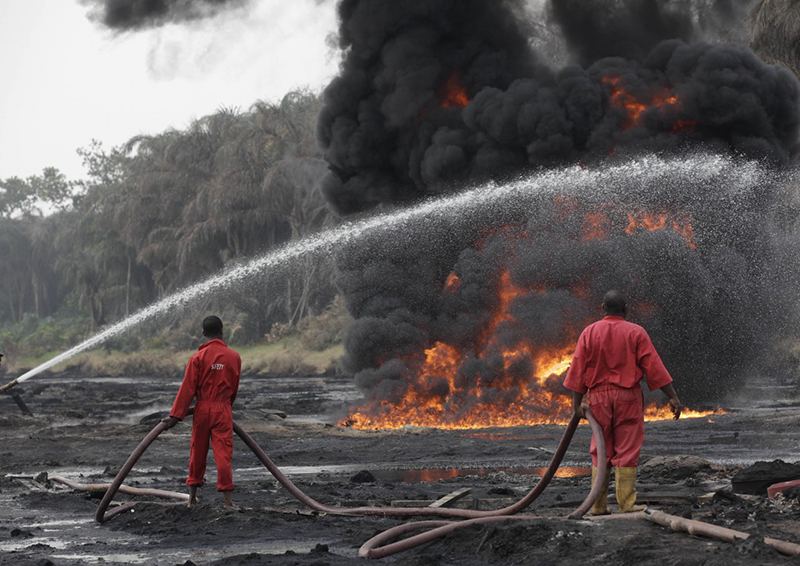 LAGOS: A Nigerian official says at least 19 people are dead after a leaking oil pipeline exploded in the southeast, while villagers say the toll is higher.

A Nigeria Security and Civil Defence Corps spokesman, Eke Onyekachi, agrees that the toll could be higher after Friday’s blast in the Osisioma local government area of Abia state.

Villager Uche Udenna tells The Associated Press that “I saw several burnt bodies, about 30 of them.”

The Nigerian National Petroleum Corporation, which owns the pipeline, says suspected oil thieves may have “hacked into the line.”