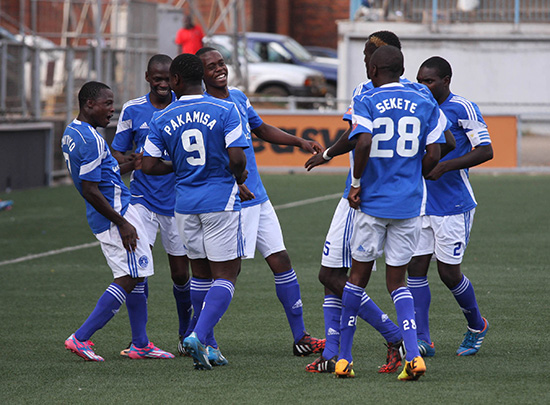 DYNAMOS’ Portuguese coach Paulo Jorge Silva is worried by the team’s defence which leaked like a sieve in an 11-goal thriller friendly against players out of contract at Hellenics Sports Club on Tuesday which the Harare giants won 7-4.
It was the first time for the coach who only resumed his duties last week to have a proper assessment of his team in a game situation.
The out of contract players, under the Footballers Union of Zimbabwe (FUZ), are training to keep themselves fit as they hope to land contracts elsewhere and took the opportunity to play against the Glamour Boys.
They include former Dynamos players Edward Sadomba, Guthrie Zhokinyu, Thomas Magorimbo, Benjamin Marere and Brighton Tuwaya among others.
Dynamos scored their goals through Richard Kawondera, Farai Mupasiri, Brett Amidu, Mussa Madhiri, Dominic Mukandi and Masimba Mambare who scored a beautiful goal as he tries to impress the new coach.
But the Dynamos coach said while he was satisfied with conversion rate he was worried by the lack of concentration at the back and the rate at which it conceded goals.
“This is my first time to see the players in a real game situation and I must point out that I am disappointed with the way we conceded goals,” said Silva who also praised Mambare for the goal he scored.
“In the first 45 minutes, we were leading 2-0 but in 50 minutes it was 2-2. I was not happy with the defending although we eventually won the match 7-4.
“I still have a lot of work to do especially in defence. But, I am happy for the players in attack, the fighting spirit is there, everyone wants to score goals.”
The Dynamos trainer, tasked to lead the team to the championship this term, maintained he was still looking to add two more players in the attack from outside the country.Advertisement