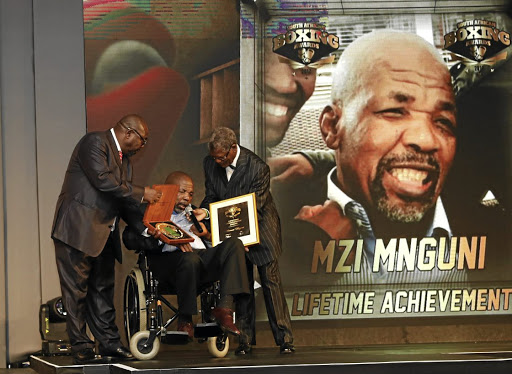 Mnguni, who was 72, had been in poor health for years after suffering a stroke nearly 10 years ago.

He was also an astute ring strategist who actively coached his boxers at times, though he hired trainers too.

Mnguni was the man behind IBF junior-featherweight title-holder Welcome Ncita and Mbulelo Botile who captured the IBF bantamweight and featherweight crowns.

He played an instrumental role in the shock victories by Vuyani Bungu, who dethroned Kennedy McKinney for Ncita’s old IBF junior-featherweight title, and Zolani Petelo, who knocked out IBF straw weight king Ratanapol Sor Vorapin in 1997.

He also guided Hawk Makepula to the WBO junior-flyweight title.

Berman said in all the years they worked together there was never a written contract between them, their dealings being conducted on handshakes and trust.