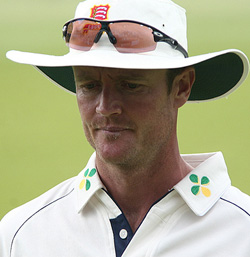 THE Pakistan Cricket Board has come in for severe criticism from former players over the appointment of Zimbabwe’s Grant Flower as the national team batting coach.
Pakistan’s former Test batsman and coach, Mohsin Khan said he couldn’t comprehend the logic behind appointing Flower as he had done nothing of note either as a coach or as a batsman when playing for Zimbabwe.
“He was an average player and the way I look at it given the resources we have in Pakistan this choice is very strange for me,” he said.
Mohsin, who has been at loggerheads with the board since he was overlooked for the head coach position with Waqar Younis being given preference, said that the decisions taken by the PCB were illogical.
“I have nothing against Grant Flower but I think the board itself made a mockery of the method which was advertised to appoint coaches. Certainly we had better choices and should have looked at a local player,” he said.
According to sources in the board the coaching committee formed to recommend names of candidates for the positions of head coach, batting coach, spin bowling coach, fielding coach and trainer received eight applications for the batting coach’s position.
“Most of the applicants were either not highly qualified or had little coaching experience and the choice was between Grant and Pakistan’s former Test opener, Shoaib Muhammad. The committee opted for Grant because of his coaching experience,” a source said.
Mohsin also said that the PCB, under Najam Sethi and before him, Zaka Ashraf, had done nothing for the betterment of Pakistan cricket.
Pakistan’s former captain, Aamir Sohail said he was surprised that while Sethi had been appointed on ad-hoc basis for four months he was taking long term decisions.
“He is there for a short term and he is appointing people for two years and signing MOUs with the Indian board for next eight years,” he added.
“What is strange is that there has been no sort of reaction from the Indian board on this MOU as yet,” Sohail said.Advertisement