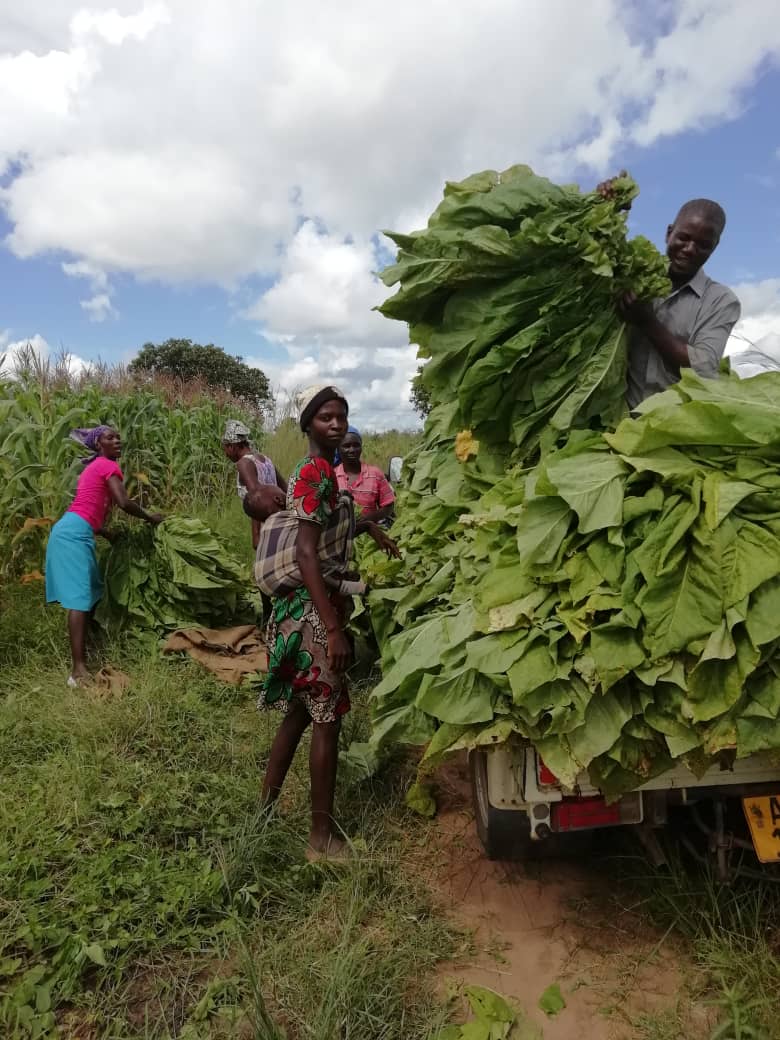 ZIMBABWE is ranked in the top 20 countries in the world most affected by extreme weather between 2000 and 2019.

Some regions in Zimbabwe experienced between three to six bad rainfall seasons between 2014 to 2019 alone. In a country where agriculture is so important, these impacts are acutely felt.

They also come against a background of a drying climate trend in Zimbabwe, observed since the 1980s.

The rainy season has shortened by 30 days across much of the country, broken up by longer dry spells which last up to 20 consecutive days.

What’s happening in Zimbabwe holds important lessons for the global community ahead of the COP26 global climate change talks.

The first is that climate change, with other factors, is already putting lives and livelihoods around the world on the brink. Much focus has been on how small the window of opportunity is for global action – as if the world still had a couple more years before things really get bad.

In Zimbabwe, for some of the poorest farmers, growing a potentially lucrative cash crop like tobacco has already become unviable. For many, the crisis is now.

It’s a bitter irony that it therefore contributes to the precarity of farmers, like those in Zimbabwe, who bear little or no responsibility for climate change. And yet agriculture has not historically been a high priority on COP agendas.

These lessons are drawn from our research in Zimbabwe, conducted as part of of the Future Agricultures Consortium.

The research documents the impact of climate change on farmers growing tobacco as a cash crop in the Mazowe district of Mashonaland Central Province, approximately 40km north of Harare, the capital city.

Due to high mortality rates of smoking, tobacco isn’t everyone’s choice of cash crop to promote. But it’s seen by some as a route out of poverty.

A growing number of commentators view tobacco production as a kind of “success story” for the the fast-track land reform programme which was announced in 2000.

Controversially, the programme expropriated 1.3m hectares of white-owned commercial farmland without compensation. The land was redistributed largely to residents of communal lands.

In the 1920s, 96% of the precolonial population were dispossessed of their land. Roughly 50% of the land, including all the best agricultural land, was given over to the 4% of the white settler population. Communal lands were the agriculturally marginal areas into which the black population was resettled.

Many of these recipients have taken up tobacco, such that production levels have almost recovered to above the pre-land reform levels, in particular owing to its take-up by small-and medium-scale farmers.

But climate impacts threaten the viability of tobacco production. Our key finding was that when rain-fed rather than irrigated, tobacco is one of the riskiest crops, even on land well-suited to growing it. This is both from a climate and a commercial perspective.

Predictably, the higher the level of access to irrigation and other resources, the better able farmers are to weather the impacts and reduce climate-related production risks.

And beneficiaries of land reform in Mazowe do seem, to varying degrees, better able to adapt to the new climate realities. Access to better land seems to have been crucial to building an asset base, itself an important component of adaptive capacity.

Yet the risks are greatest among farmers predominantly in communal land, for whom the crop is already a marginal and precarious undertaking. These farmers are often amongst those most in need of the cash, assets and stability that tobacco can provide. The majority of communal land farmers in the area we worked in were, at the time, on food aid, experiencing the opposite of poverty reduction via income from tobacco.

Increasingly, farmers who don’t have access to irrigation and inputs are abandoning the crop.

These are farmers who are often tied into contract farming arrangements which pay far below the market rate for tobacco produced. During the poor rains of the 2019 – 2020 season, many in our communal area field site found themselves dependent on food aid.

As we found through our research, these difficulties aren’t solely caused by climate change. Its effects coexist with an ongoing array of processes, including:

This last point links to the underlying dynamics fundamentally implicated in both climate change and social injustice. Zimbabwean farmers find themselves incorporated into global markets on adverse terms. This is because value is created, and capital accumulated higher up the tobacco value chain.

At the same time, the inputs provided for tobacco produced under contract farming no longer include fuel, such as gum trees and coal, for curing tobacco. This displacement of a production cost onto the farmer has led to tree cutting, and is implicated in larger patterns of deforestation.

It’s no coincidence that tobacco, as with much agricultural production, promotes unsustainable modes of commodification and consumption nature.

Implications for the negotiators

Against this background, the relatively low profile of agriculture at the global climate talks is hard to understand. But the implications from Zimbabwe for the climate change negotiators are clear.

First, if we are to see meaningful change, these underlying dynamics need to be a focus for the negotiations. Yet, in the run-up to COP26 it doesn’t appear that they are.

Second, if things don’t change, the people least responsible for climate change, in Zimbabwe and far beyond, will continue to be amongst those most exposed to and suffering from its accelerating intense impacts.