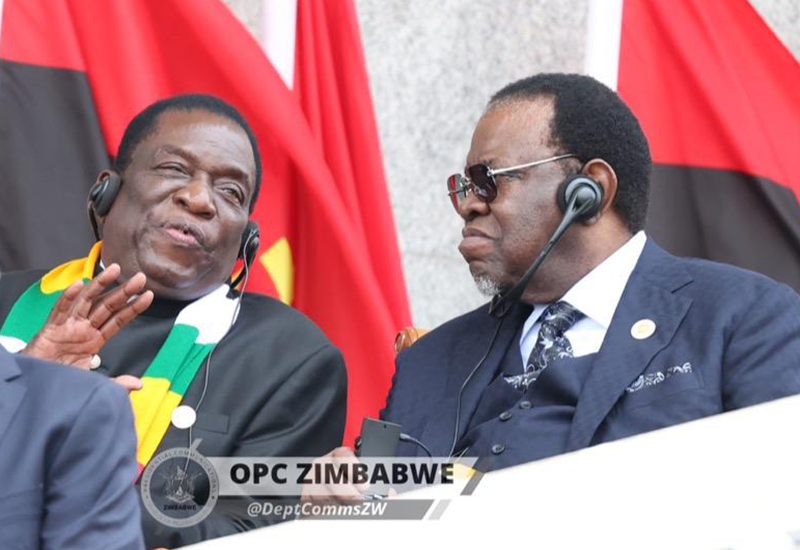 PRESIDENT Emmerson Mnangagwa turned 80 Thursday and was commended by Belarusian dictator and ally Aleksandr Lukashenko who claimed that the Zanu PF leader had turned Zimbabwe’s economy around.

Unlike his predecessor and mentor Robert Mugabe whose birthday became a national holiday and was marked by a no-expense spared party, Mnangagwa chose to spend his away in Angola.

He was attending the inauguration of President Joao Lourenco after his re-election in a vote disputed by the opposition last month.

Among the foreign leaders to congratulate Mnangagwa were his Belarusian ally Lukashenko whose forces are backing Russian in its invasion of Ukraine.

“Under your leadership, Zimbabwe has achieved impressive success in socio-economic development and confidently defended its interests in the international arena,” reads Lukashenko’s message.

“I am convinced that an open and trusting Belarusian-Zimbabwean dialogue will contribute to the expansion of mutually beneficial cooperation in various sectors, the effective implementation of new joint projects.”

Zimbabwe’s deals with Belarus have been the subject of local controversy after it emerged that the government had procured fire-fighting vehicles for local authorities despite the fact that the councils never asked for them.

The opposition demanded reversal of the deal, arguing that prices for the vehicles were inflated and vowed that councils it controls would not pay for them.

Local government minister July Moyo insisted that the deal would go ahead and that funds set aside for devolution projects would be used to pay for the trucks.

Meanwhile, at 80, Mnangagwa is among Africa’s five oldest leaders.

He took over power after a military coup toppled Mugabe who had also refused to step down having run the country since independence in 1980.

Mnangagwa is being confirmed by Zanu PF structures as the ruling party’s candidate for presidential elections due next year.

Allies have also been insisting that he will still be in office by 2030.

AFRICA’S LEAGUE OF THE ELDERLY

Paul Biya has been the President of Cameroon since November 1982. At the age of 89 and still in power, Paul Biya is the oldest president in Africa. He is also the second-longest ruling president in Africa (after Teodoro Obiang of Equatorial Guinea), and the longest-ruling non-royal leader in the world.

Hage Gottfried Geingob is currently serving as the third president of Namibia since 21 March 2015. Geingob was the first Prime Minister of Namibia from 1990 to 2002, and served as prime minister again from 2012 to 2015.

Teodoro Nguema has been President of Equatorial Guinea since 1979. He ousted his uncle, Francisco Macías Nguema, in an August 1979 military coup.

Nigeria’s Buhari came into democratic power in 2015. He had been unsuccessful in earlier bids for the presidency in the 2003, 2007 and 2011 general elections. The President previously served as the nation’s head of state from 31 December 1983 to 27 August 1985, after he took power in a military coup d’état.