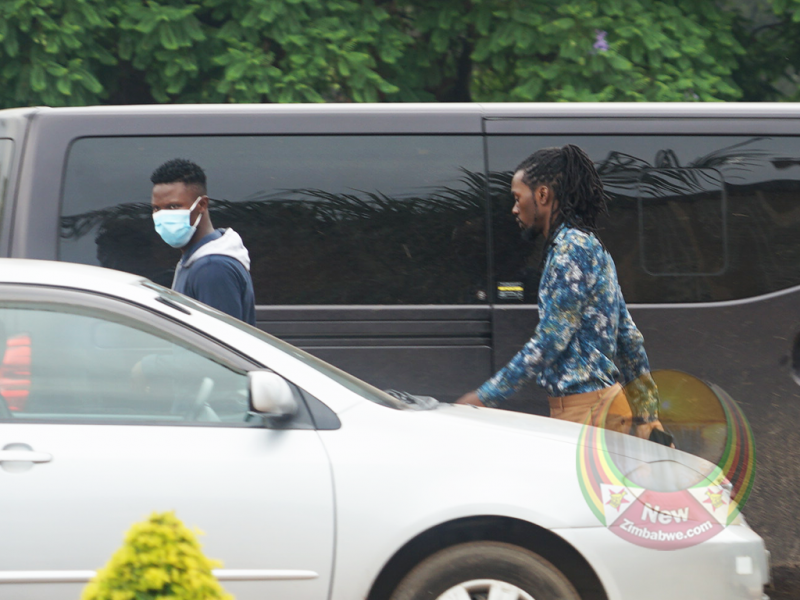 Levels was covered in shame and embarrassment as he walked into the Harare Magistrates Court.

Leaked nudes and a sex tape were two straws that also opened rape allegations against the producer as the break up of the couple took a nasty turn.

His court appearance marked his first public appearance of Levels since he hogged the social media as his bedroom images went viral.

The Mbare producer had buried his head in sand, with reports that he had escaped the country.

His arrest on Monday night quashed the fears of him being on the run after it emerged that Shashl had filed a rape case.

According to Levels’ lawyer Dumisani Mtombeni,  the rape case was referred back to the police as he is now facing charges of violating data and protection Act.

“Of course a report was made by the complainant and she alleged that she had been raped sometime in July 2021. She also alleged physical abuse, but those cases have not been placed before the courts,” said Mtombeni.

A symbol of hope for many young people in the high density suburb served as a stark reminder of how Levels continues to go a level down as he faces a separate case of assault of his mechanic.

Trying to summon bravery, his face exuded shame as he came face to face with Shashl’s father, Obadiah Moyo who had come in solidarity with his daughter.

However, the presence of the former Minister of Health torched debate about the father involving himself in his daughter’s sexual escapades.

Fellow music producer, Arnold Kamudyariwa, known as Fantan, was reminded that Harare magistrate was not a chilling spot after he rocked up wearing tight shorts and was turned away for improper dressing.

Levels will be back in court on 20 December after securing ZW$20 000 bail unopposed.