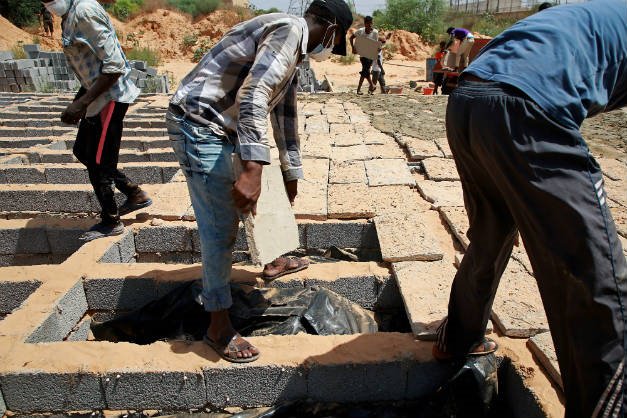 Libyan authorities buried the bodies of 46 migrants on Sunday after they were plucked from the sea following one of deadliest shipwrecks in the Mediterranean so far this year.

Rescue workers said on Friday they had recovered the bodies of 62 migrants from waters off Libya after the overloaded boat went down off the city of Khoms, east of the capital. Authorities said the bodies of the remaining 16 would be buried later.

Seven migrants rescued from the wreck helped lay their companions to rest. “We were saved and here we are today to bury 46 of our brothers, children and women,” Anwar, a young Eritrean survivor, told AFP.

It is unknown exactly how many were on the boat when it went down around 90 minutes after setting off from Libyan shores on Wednesday evening in a desperate bid to reach Europe. Survivors said some 400 people were aboard the vessel when it sank, according to global charity Doctors Without Borders.