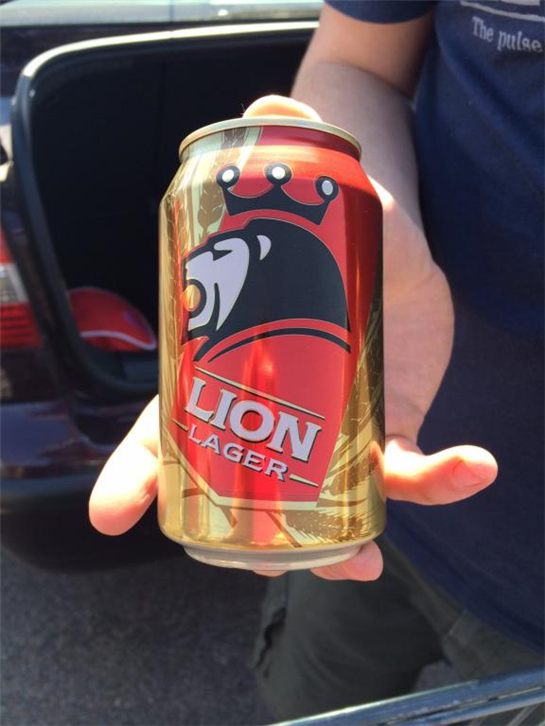 THE popular Lion Lager brew is using Cecil to market its beer.
The brand placed adverts in the Zimbabwean press on Thursday saying, “Our pride lives on – A tribute to Cecil the Lion”.
“We’re all sad that Cecil has gone. But his roar still lives on,” said a new TV advert for the lager, which shows a bar patron downing a beer and then roaring loudly.
Lion Lager is made by Delta Corporation, which is listed on the Zimbabwe Stock Exchange.
Cecil was killed in an illegal hunt by US dentist Walter Palmer in early July, sparking a wave of global outrage that has left many Zimbabweans bemused and irritated.
Several Zimbabweans on Twitter have argued that the most famous lion in Zimbabwe was not Cecil but Lion Lager.
“The western media needs to get its facts right, #CecilTheLion was not necessarily Zimbabwe’s favourite lion, there’s also Lion Lager,” posted @DelightCChiyaka in a tweet at the end of July.
Meantime Jericho Advertising, a leading Zimbabwe ad agency, is also capitalising on the Cecil furore, this time concentrating on Cecil’s coalition partner who is also called Jericho.
In an image that has been criticised by some, the award-winning agency shows Jericho mounting a female.
State media reported earlier this week that Jericho had “hooked up with a female lioness called Ketty”.
The caption reads, “Jericho is alive and well. It’s good to be on top. #RIP_Cecil”.
The ad has received mixed reactions in Zimbabwe, with @ndiMunyahWacho tweeting, “How can #Jericho be so out of taste?”
But @tchumet said: “Its mo than #great its Epic its been long since I last saw any Ad that shows thinking went into it, Great work #JERICHO.”Advertisement