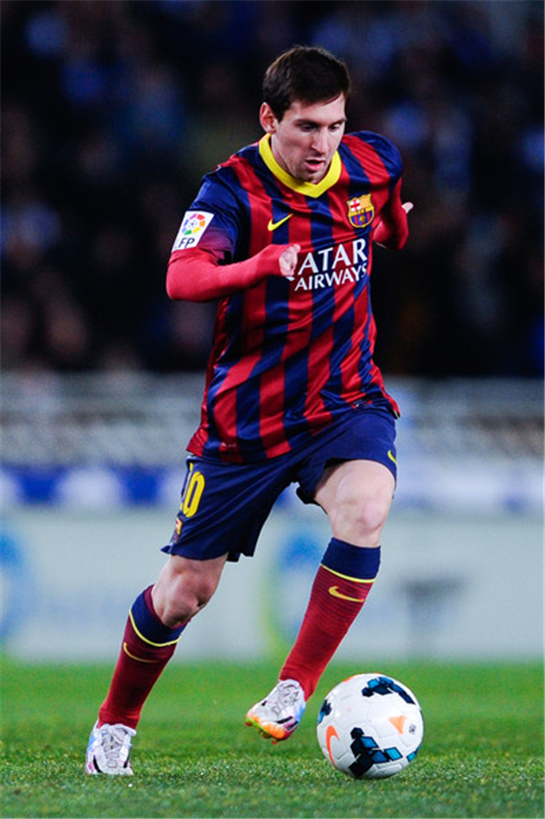 LIONEL Messi deposed eternal rival Cristiano Ronaldo to take back his crown as the undisputed king of world football by lifting a record fifth Ballon d’Or on Monday.
Much has changed since, just 12 months ago, a disgruntled Messi, fresh from losing a World Cup final and disillusioned with coach Luis Enrique’s regime at Barcelona, sat in stony silence as Ronaldo announced his intention to hunt down the Argentine’s then-record four Ballon d’Or haul.
A year on, the roles were reversed, Messi’s record now even further beyond Ronaldo’s reach in the personal duel between the two men who have taken standards to unseen heights in their domination of the sport during the past decade.
Rarely has there been such little debate over who was the deserving winner. Even in the Spanish capital, unlike in previous years, there was no campaign for Ronaldo in the year he became Real Madrid’s all-time leading goalscorer.
In Zurich last year, Messi had even cast doubt on his future at Barcelona. His benching for a 1-0 defeat to Real Sociedad the most ignominious start to what would turn out to be the second most successful in Barca’s 116-year history.
Messi missed an open training session with the club’s fans, Barca sporting director Andoni Zubizarreta was sacked and club legend Carles Puyol walked. Enrique would have followed suit had Messi demanded it.
Instead, he used the fuel of the most disappointing year of his career in 2014 to fire Barca to a treble of Champions League, La Liga and Copa del Rey trophies.
His partnership with Neymar and Luis Suarez suddenly kicked into gear, between them hitting 137 of Barca’s record 180 goals in 2015, making the South American trio one of the most frightening frontlines the game has ever seen.
Even a two-month injury layoff due to knee ligament damage couldn’t derail Messi’s case as he also scored in the Uefa Super Cup and Club World Cup finals to take Barca’s total trophy haul for the year to five.
There was still disappointment at international level. Another final defeat – this time on penalties to Chile at the Copa America – means Messi has still to deliver a major trophy for La Albiceleste.
However, while others may use his record with Argentina to doubt his candidacy as the best player ever, in Barcelona 2015 enshrined his legacy as the greatest.Advertisement

He scored the goal that sealed a fifth La Liga title in seven years and maybe even his best ever goal in the Copa del Rey final.
Yet, his signature moment came with the return of an old mentor in Pep Guardiola when Bayern Munich visited in the Champions League semifinals in May.
Guardiola had made his long-awaited return to the Camp Nou as a fan in the earlier rounds, unable to hide his admiration as Messi’s repertoire of outrageous skill tore Manchester City to shreds in the last-16.
His first visit as an opposition coach since winning 14 trophies in four years between 2008 and 2012 was seen as a referendum on who had been the inspiration for the most glorious period in Barca’s history.
Messi won by a landslide. Two magical goals in three minutes at the Camp Nou dealt a killer blow from which Bayern never recovered.
“There is not a system or coach to stop talent of his magnitude,” said Guardiola.
After a two-year spell on top, not even Ronaldo could prevent Messi’s march back to being the world’s best.