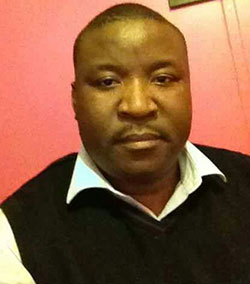 WHEREVER you go in Zimbabwe these days, the national anthem is the liquidity crunch. From the highest office in the land to the man on the streets, the narrative is the same.
If you hear these sad stories from afar, and you have not been in Zimbabwe for some years, you would think that everybody and everyone is starving. And some people, unwittingly, have swallowed this narrative and genuinely think that people in Zimbabwe are suffering. I have had the privilege of traversing the length and breadth of Zimbabwe recently and what I saw does not reflect in any way a people who are suffering. I have seen well fed-men, women, girls and boys.
I was at my local shops in the village, Sese, in Chivi, Masvingo and the place is flourishing; business was brisk. One bottle store owner told me that he was getting around $600 daily during the Xmas period. New buildings are propping up, electricity has been connected, braais are all over the place and people are looking healthier. The villagers insisted that the US dollar is doing wonders and they will kill anyone who dares to bring back the Zim dollar.
The economic activity at the business centre was, in my opinion, actually more brisk than during the Zim dollar era. Just 10kms from Sese towards Masvingo, there is another business Centre at Chivi turn-off. The place is just fabulous. New buildings have come up, shops are well-stocked and a very large custom with a lot of buying power.
In Harare, I went to Jah Prayhaz and Tuku’s shows at the HICC and the place was packed on both occasions and alcoholic and non-alcoholic drinks were flowing as if they were being offered for free. I also went to the Mekka in Borrowdale, Boleros, Jameson Hotel, Chez Ntemba, Centurion etc. The places were always full and business was brisk. At Churches, the expensive outfits worn by the congregants and the top of the range cars parked in the churchyard, did not reflect a people who are suffering.
Juice card vendors told me that they will never ask for financial help for food from anyone as their business is doing well to fend for their families. At the Miss Zimbabwe pageant held recently, entry fees were pegged at $300 per person and the venue was full. At the Miss World pageant held in London in 2011, the cheapest ticket was $84 and the most expensive ticket was $174, meaning that people in Harare have more disposable income than those in London if we are to go by the above figures.Advertisement

Talk about the cars being driven and houses being built and you will realise that talk of liquidity crunch is a huge national lie propagated by all sections of our population for different reasons. One of my colleagues quipped that if we were to stop each and every person going into Harare on one single day and search them, by the end of the day one billion dollars would have been collected. He might actually be right. Money is there at personal levels but the government seems not to have a system of making all these people pay taxes due to it.
From the above examples, it would seem that the liquidity crunch only comes into play when we start talking about national infrastructure development, recapitalisation of industry, maintenance of roads, hospitals, generation of electricity etc.
Company executives hide behind the liquidity crunch to conceal their incompetence and corruption. All along they were singing the sanctions mantra to cover their incompetence and/or corruption and now they have changed the narrative to liquidity crunch. We, as Zimbabweans, have always found an excuse for our incompetence. We are unable to critically self –evaluate hence the creativeness of finding a scapegoat all the time when we meet challenges.
We are always right but for the other factors which are beyond our control. We are a nation in denial. This “blame the wife syndrome” is a national problem and our political players are the major culprits. When the economy is not performing well, President Mugabe blames the sanctions or Mr Morgan Tsvangirai and on the other hand if there are problems in the MDC, the MDC blames Zanu PF or CIO. We do not have the guts to face our demons.
The workers on the other hand justify their pathetic work ethic on the liquidity crunch. They argue that they are not motivated to work because of the meagre salaries they get. There is a myth which we need to get rid of as soon as possible if we are to move forward as a country.
It has always been said that we are hard workers. This is a national lie and every working person in Zimbabwe knows that he or she puts less than 30% effort at his or her workplace. The brutal truth is that we want a job but we do not want to work. We only work hard under supervision. Even if billions of dollars are poured into the economy, with the type of work ethic in Zimbabwe, nothing will change.
It is my considered opinion that the money in circulation in Zimbabwe is actually more than what we need. The problem is that most of the money is in the hands of private individuals who do not bank it and do not pay taxes to the government. We have builders, makorokoza, cross border traders etc. who earn a lot of money but don’t pay a penny to the government. The revenue authorities therefore need to be creative and make sure all these people pay taxes.
In conclusion, I see our problems as poor revenue collection mechanisms, corruption, incompetence, a strange corporate governance framework and a poor work ethic. In trying to hide these weaknesses, we have found a common defence, liquidity crunch.
We are country of cry-babies!
Kudzai Rangarirai is a lawyer based in Oxford, UK.