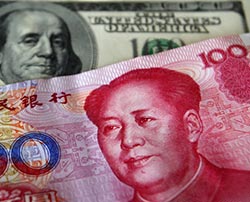 THE move by the Reserve Bank of Zimbabwe to add four currencies to the existing basket, which already included five others, broke new ground on managing exchange rates and spawned questions and confusion.
Zimbabwe’s economy now has to deal with nine currencies as legal tender, and authorities hope the latest additions will help change trade dynamics. The Chinese Yuan, the Indian Rupee, the Australian Dollar and the Japanese Yen have joined the greenback, the South African rand, the British Pound, the euro and the Botswana Pula in circulation after a shortage of cash in the formal economy left many businesses in a lurch.
The country’s own currency fell victim to hyperinflation in 2007, by which time Zimbabweans resorted to using the US dollar, Rand and the Botswana Pula to peg the true value of goods and services. Initially, the authorities resisted and even criminalised the use of foreign currency. However, by January 2009, with hyperinflation raging at 500 billion percent, the authorities relented and followed the market, limiting the basket of currencies to the greenback, the rand and Pula. The British Pound also has its market.
Are we likely to see automated teller machines issuing any Chinese Yuan soon? Is the Reserve Bank of Zimbabwe building Yuan reserves? How will the market manage the fluctuating exchange rates of such diverse currencies? Even more pressing, would a communal tobacco farmer appreciate or even understand getting paid for his crop in Yuan?
According to a paper recently released by the Zimbabwe Economic Policy Analysis and Research Unit (Zeparu), a potential threat that arises under a multicurrency regime or any system based around foreign currencies where there are no foreign exchange reserves is the impact of continuous trade deficits on the banking system. “This could potentially lead to the draining of liquidity from the banking system, potentially destabilizing banks or, at least, further inhibiting the supply of credit,” said Zeparu.
But analysts say the multi-currencies are an academic exercise and that the market will determine its preferred legal tender. “The new currencies (will) have little impact on the ordinary man on the street,” said Zimbabwe National Chamber of Commerce chief economist, Kipson Gundani. “The most convenient currency will be used – in Harare for example most people prefer the US dollar to the Rand while the contrary may be true in the southern parts of the country.”Advertisement

Rationale
The Bank for International Settlements (BIS) notes that the Yuan is playing an increasingly prominent role in emerging Asia and has become one of the most traded international currencies.Closer to home, neighbouring Zambia is the first country in the region to adopt the Yuan as legal tender to complement its local currency. The Bank of China even started operations in the copper-rich country in 2011 to improve the tradability of the Yuan in the country and to increase trade.
While there is an advantage for Zimbabwe and China to settle trade and financial operations by using the Yuan, the increase of this practice also enables them to become less dependent of the ever more scarce (in Zimbabwe’s case) US dollar.Zimbabwe has awarded the construction of large infrastructure projects to Chinese companies and settlement of the transactions in Yuan could make it easy to do business and take away the headaches in raising funds, such as the one affecting the expansion of Hwange Thermal Power Station.China Machinery Engineering Company, which won the tender, has failed to secure the $2 billion funding, eight months after winning the contract.
The Chinese government policy banks, China EXIMBANK and China Development Bank, play a key role in financing infrastructure projects in the country. Last November, China EXIMBANK gave the government $319 million to fund the expansion of Kariba Power Station project.CDB has a long involvement with local companies, notably Econet Wireless, and in 2011 promised to provide $10 billion in Chinese investment in the Zimbabwean mining and agriculture sectors at a time when the country was struggling to attract foreign investors.
Dealings in Yuan would smoothen engagement with these institutions, analysts say.“This decision (to use the Yuan) will accelerate the rate at which we (do business with) China because there won’t be any exchange rate risks,” said ZNCC’s Gundani.
Addressing trade imbalance
Authorities have argued that growing trade and investments ties between Asia and Zimbabwe would drive the use of the Yuan, Yen and even the Rupee.This would allow them to avoid using the dollar and would also help local banks diversify their reserve currency.Statistics from the Trade and Law Centre (Tralac), a think-tank that monitors African trade with the rest of the world, show that business traffic between Zimbabwe and China ballooned from $310 million in 2003 to $1,015 billion in 2012.
Trade between Zimbabwe and Japan is negligible, but official development assistance from the Asian country over past five years amounted to $76 million.As at 2012, India’s trade with Zimbabwe was $166 million while with Australia, it totalled $33.8 million. Zimbabwe’s exports to Australia were a minute $136,000.Would such figures justify Zimbabwe adopting their currencies without any form of support, monetary or otherwise?
To boost trade with those countries, Zimbabwe needs to resuscitate its own collapsing industries. Its companies are working at a third of capacity, down from 55 percent a year ago, according to the Confederation of Zimbabwe Industries (CZI).  “Increasing currencies does not make any economy competitive. Government is exposing itself to the volatility of global currencies,” said Invictus Capital executive director, Ritesh Anand.
“What is needed now is a combination of policies that restore consumer confidence and public confidence in the financial services sector. The main thrust of the Monetary Policy statement was to recapitalise the Reserve Bank of Zimbabwe but with such interventions, the monetary policy could be made redundant,” he said.
Zimbabwe’s economy is desperate for capital, and some estimates have put domestic credit demand at $12 billion, more than double total bank deposits.Manufacturers are battling with high financing costs – with banks charging interest as much as 20 percent per annum – and demands for higher wages from restless workers.Companies in the country are experiencing power blackouts that can last up to 16 hours a day. The electricity crunch has hit the manufacturing and agriculture sectors, where output has fallen and with it, Zimbabwe’s export capacity.
Only tobacco has provided a ray of light. Earnings from last year’s sales of flue-cured tobacco rose to $607 million compared to $520 million in 2012, while output was at 165 million in 2013 compared to 141 million kg in the prior year. This year, it could be as high as 185 million kg.Tobacco sales to China, at 46,3 million kg last year, make up the bulk of local exports to that country, earning over $360 million.
Zimbabwe also has the second-largest platinum reserves in the world after South Africa, as well as one of the biggest diamond deposits and large quantities of coal and gold.So then trade, in addition to the currencies, would provide the means to end the current liquidity constraints.