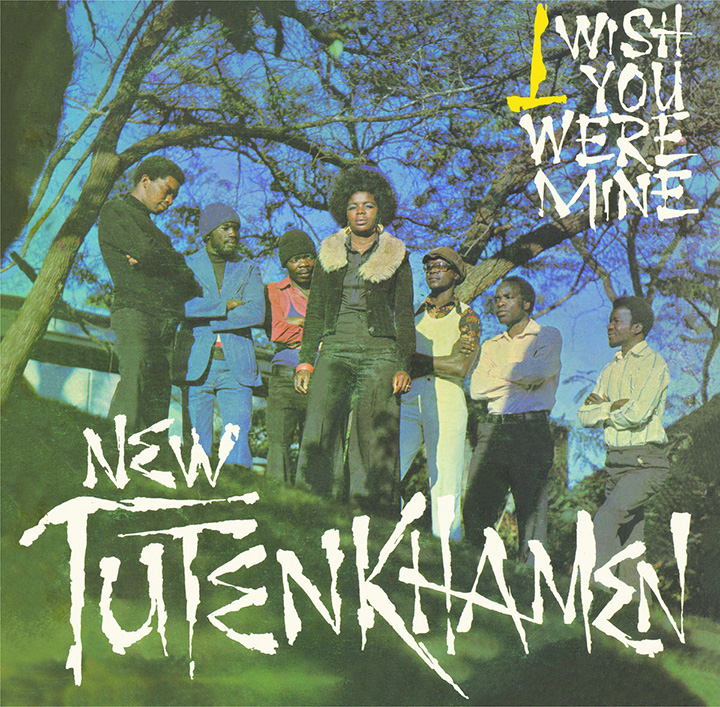 By The Vinyl Factory

PARIS-BASED Nyami Nyami Records is reissuing New Tutenkhamen’s rare 1979 album I Wish You Were Mine, this February on vinyl.

Though New Tutenkhamen released various commercially successful singles during the late ’70s, the album was virtually unknown until it was serendipitously unearthed by Nyami Nyami’s Charles Houdart.

“I lived in Zimbabwe for five years, and some musicians veterans from the seventies Zimbabwean rock music scene often talked about Elisha Josam – the band leader, who was apparently quite a character,” explains Houdart.

“People often spoke about the song ‘Joburg Bound’, but only few knew that an LP had been recorded, and absolutely no copy could be found. (There isn’t even an entry on Discogs for it.)

I went everywhere, and asked everyone but the record seemed to have completely disappeared. Finally, I met the author Joyce Jenje Makwenda, who had a copy…

Thanks to her we then got in touch with the family of the original executive producer, jazz drummer Crispen Matema, as the other musicians involved had passed away, and licensed the record with them.”

I Wish You Were Mine was created at Teal Records, during a time of civil unrest in the country, “providing an insight into a fraught time in Zimbabwe’s history, and the bands plying their trade through the turmoil, making music for young people, by young people.”

Pre-order the album here ahead of its 8th February release, listen to ‘Tutenkhamen Theme’ above and check out the track list below.

1. Tutankhamen Theme
2. Sunday Morning
3. I Wish You Were Mine
4. Togetherness
5. True Love