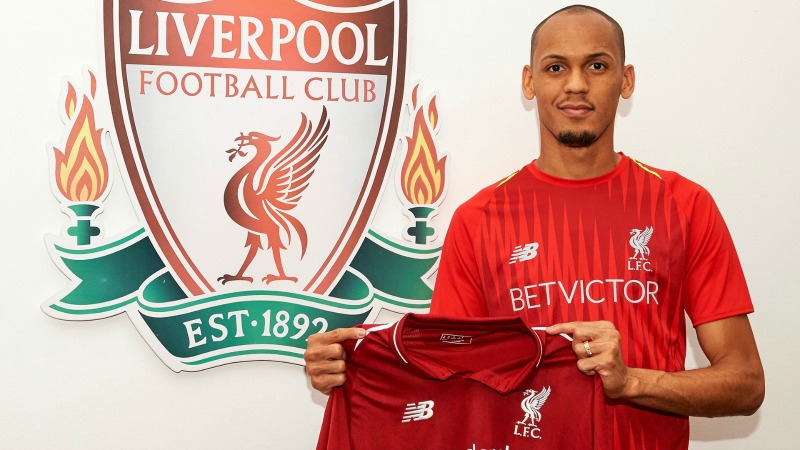 LIVERPOOL have confirmed the signing of AS Monaco midfielder Fabinho in a deal worth a reported €50million (£43.7m).

Fabinho becomes Liverpool’s first summer signing and will be joined by Naby Keita, who agreed a move last summer, at Anfield in a new-look midfield for Jurgen Klopp.

The Brazilian was heavily linked with Manchester United last summer as a host of players left Monaco and now hopes to win titles with Liverpool.

“I am really excited about this move,” Fabinho told the club’s official website. “This is something that I always wanted – this is a giant of a team. The infrastructures of the club look exceptional.

“A football club of this size coming after my services, I didn’t have to think that much about coming over.

“I will try to create my own history at this football club. Hopefully, on a personal level, I’m able to win titles with this club.

“I will try to grow and learn and improve myself, and to be part of the club’s history.”

The Brazilian had been identified as a replacement for Emre Can, who is out of contract at Anfield this summer and has been heavily linked with a move to Juventus.

The 24-year-old is understood to cost the Reds €45million, plus a further 5million euros in add-ons, and would occupy a holding role in the middle of the park.

Fabinho spent two seasons on loan at Monaco from Portuguese club Rio Ave before making a permanent move to the principality in May 2015.

He has made more than 200 appearances for the club in all competitions and played a key role in their triumphant 2016/17 Ligue 1 campaign.