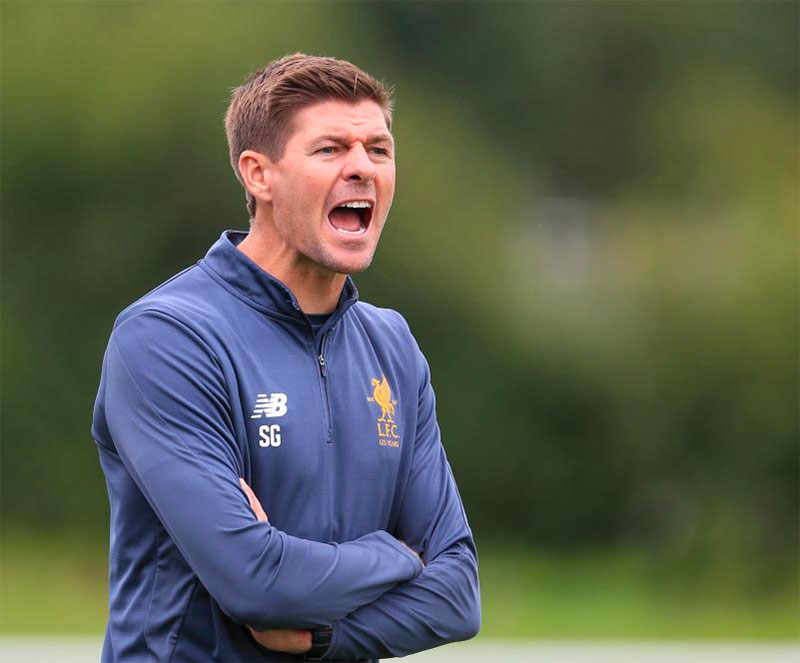 Former Liverpool and England captain Steven Gerrard is in contention for his first managerial post having made the short list for the role at Scottish giants Rangers, British media reported Thursday.

The 37-year-old – capped 114 times and a member of the Liverpool side that won the 2005 Champions League – is presently the academy coach at Liverpool after rejecting the advances of lower league MK Dons when he hung up his boots in 2016.

Adding fuel to the fire is the fact that Rangers chairman Dave King attended Liverpool’s 5-2 humbling of Roma in their Champions League semifinal first leg clash on Tuesday.

Former Rangers manager and now Scotland national coach Alex McLeish told the BBC he believes that while Gerrard has things still to learn he already possessed some of the qualities required for such a post.

“Steven knows the game inside out and with regard to coaching, I am sure he has got some things to learn,” said McLeish.

“He won’t have all the answers to that but I am certain he is somebody who could be a great man manager.”

The present Rangers incumbent Graeme Murty is unlikely to be given the post fulltime having been appointed manager till the end of the season in December after impressing in a caretaker role when Pedro Caixinha was fired last October.

However, things have not gone well of late beaten 4-0 in the Scottish Cup semifinals by bitter rivals Celtic.

Dressing room discord has been made public too as it was revealed in the wake of the Cup defeat veteran striker Kenny Miller and captain Lee Wallace had been involved in heated exchanges with 43-year-old Murty.

The fans have grown restive too having protested after the victory over Hearts last Sunday.

Both of them have been suspended and will miss Rangers match away at Celtic on Sunday where victory for the hosts will see them crowned champions for the seventh successive time.