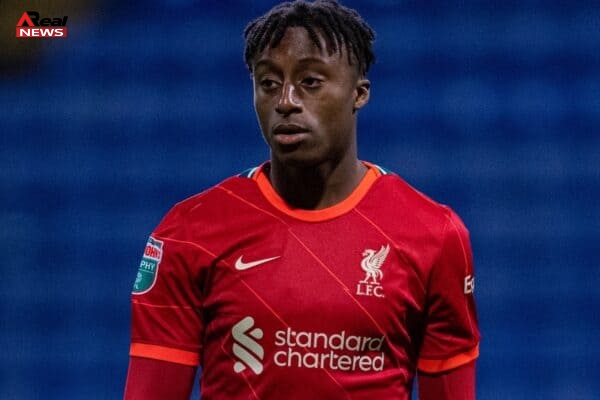 ENGLAND-BORN Zimbabwean starlet Isaac Mabaya has missed out on another opportunity to impress Liverpool manager, Jurgen Klopp after being ruled out of the Premier League giants’ training camp in Dubai due to injury.

The Reds will take on Ligue 1 outfit Lyon and Serie A champions AC Milan in the Dubai Super Cup as part of their trip to the middle east, with competitive action helping them prepare for the Premier League’s return after the World Cup.

Liverpool began their preparations in Dubai last week with a strong group of senior players joined by a group of 13 youngsters called up from the academy.

After starring for the club during the pre-season, Mabaya was expected to be part of the group of youngsters in the Liverpool squad for the Dubai camp which will give the club’s youth players an opportunity to impress during warm-weather training and the two upcoming friendlies.

However, Mabaya is one of the two youngsters set to miss out on the opportunity, together with Oakley Cannonier due to untimely injuries.

Mabaya has been sidelined since the Liverpool under-19s’ 4-1 victory over Rangers in the UEFA Youth League on October 4, having been brought off in that tie with an ankle problem.

Given his involvement throughout pre-season and the absence of Trent Alexander-Arnold due to the World Cup, it is highly likely that, if fit, the 18-year-old right-back would have travelled to Dubai.

Born in Preston, England, to Zimbabwean parents, Mabaya signed his first professional contract with the Reds in September 2021.

The defender has represented England at junior level but is still eligible to switch allegiance to Zimbabwe in the future.

Since his involvement during the preseason, Mabaya has been involved in the senior training set-up this season as he continues to make significant strides at the Merseyside giants.