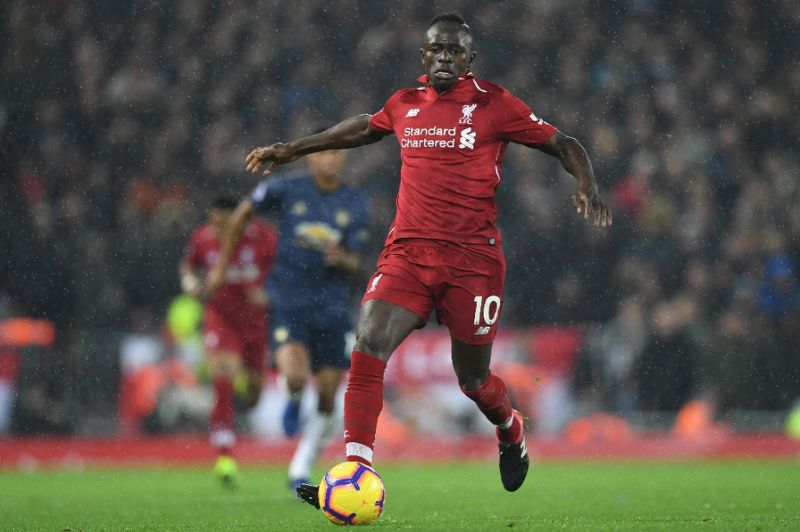 Liverpool went back to the top of the English Premier League standings with a 2-0 victory over Chelsea at Anfield on Sunday.

Whilst Liverpool had the majority of the possession, Chelsea’s gameplan was to soak up the pressure and spring on the counter-attack when possible.

The Reds had the first decent opportunity of the match in the sixth minute. Sadio Mane was played into some space down the left-hand side and his cross found Mohamed Salah at the backpost, who hit a first-time volley in to the ground with Kepa Arizzabalaga making a routine save.

Jurgen Klopp’s side had a penalty appeal turned down in the 15th minute. Salah carried the ball past Willian and tried to do the same when one-on-one with David Luiz near the byline. The Chelsea defender took a risk by trying and failing to win the ball, but there wasn’t enough contact on Salah to warrant a penalty.

Six minutes later, the Blues had their first decent attempt on goal. Eden Hazard timed his run well to get on the end of Willian’s pass in behind before turning Joel Matip inside out but the angle was against him and Alisson kept out the shot at his near post.

Chelsea’s defenders were standing firm to everything that was being thrown at them. They got their chance to counter as Luiz picked out Willian but the forward blasted wide of the target after cutting inside from the left.

Five minutes before half-time, Ruben Loftus-Cheek was dispossessed in the opposition half and Liverpool countered. Salah squared it intelligently for Mane and he tried to whip it into the top corner with a first-time shot from 10 yards, missing the target by inches.

The hosts began the second half with greater urgency and were rewarded by taking the lead in the 50th minute. Salah played a one-two with Roberto Firmino with the ball falling to Jordan Henderson, who got to the byline on the right-hand side before chipping the ball to the back post where Mane was on hand to head the ball past the despairing dive of Kepa.

Soon after, Liverpool doubled the lead courtesy of a moment of individual brilliance from Salah. The Egyptian received the ball from Virgil van Dijk out on the left-hand touchline before cutting inside and hammering the ball in to the top-right hand corner for a contender for goal of the season.

Three minutes before the hour mark, Firmino almost made it three but his effort skimmed the right-hand upright. Shortly afterwards, Luiz played a ball over the top behind the Reds defence, which Hazard ran on to and controlled perfectly before sliding the ball through the legs of Allison, but unfortunately for the Belgian and Chelsea it came back off the post.

On the hour mark, Hazard had another golden opportunity when Willian’s cross found him unmarked in the box but he scuffed the shot slightly making it easier for Alisson to get down low to his right and save.

Klopp’s side wrested control of the game back in their favour after that brief onslaught from Chelsea. Ross Barkley headed a corner away which fell to Firmino, who brought a good save out of Kepa with a sweetly-struck long-range effort in the 80th minute.

In the closing stages, Mane went on a brilliant individual run and tested Kepa at his near post with a rising effort. Liverpool could not add to their two goals but it mattered little as they claimed the crucial three points in the end.