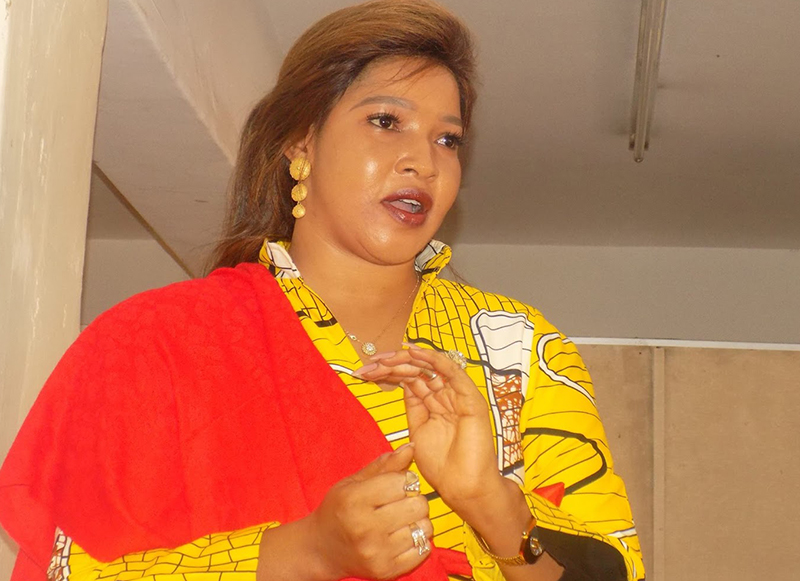 OPPOSITION icon Morgan Tsvangirai’s widow Elizabeth Macheka last week made her first public appearance at an MDC event since the passing on of the late leader.

Macheka arrived at her husbands’ memorial prayer to loud applause as party supporters broke into songs celebrating and thanking her for the role, she played during Tsvangirai’s battle against colon cancer.

Macheka, who spoke at great length of Tsvangirai’s brave fight against the disease, had not attended any of the opposition party’s events since her husband’s death on 14 February last year and the subsequent ascent of Nelson Chamisa to the party presidency.

“Tsvangirai was a very brave, courageous and patient man; he never made any decisions out of anger but calmed himself before making his decision,” she said.

“On the 16th of May 2016 we travelled to South Africa where he was admitted into hospital straight away as he was weak and visibly unwell.

“… different tests were conducted and, after two hours, the Zimbabwean doctor who had attended to him came with the results,” said an emotional Macheka.

“He said, ‘Morgan unfortunately I do not have any good news for you’, I was shaking, the doctor and I were already in tears leaving Tsvangirai to calm both of us; he had accepted.”

Although Chamisa and Macheka are reported to be close, she had not been seen at any of current president Nelson Chamisa’s rallies or events.

The former prime minister’s wife was believed to have been key to Chamisa’s bitterly disputed rise to the party leadership after Tsvangirai’s passing.

The youthful politician had faced challenge from rivals and then co-vice presidents Elias Mudzuri and Thokozani Khupe with party secretary general Douglas Mwonzora also believed to have been interested.

Chamisa however prevailed in a violent power struggle that resulted in Khupe forming a separate party.