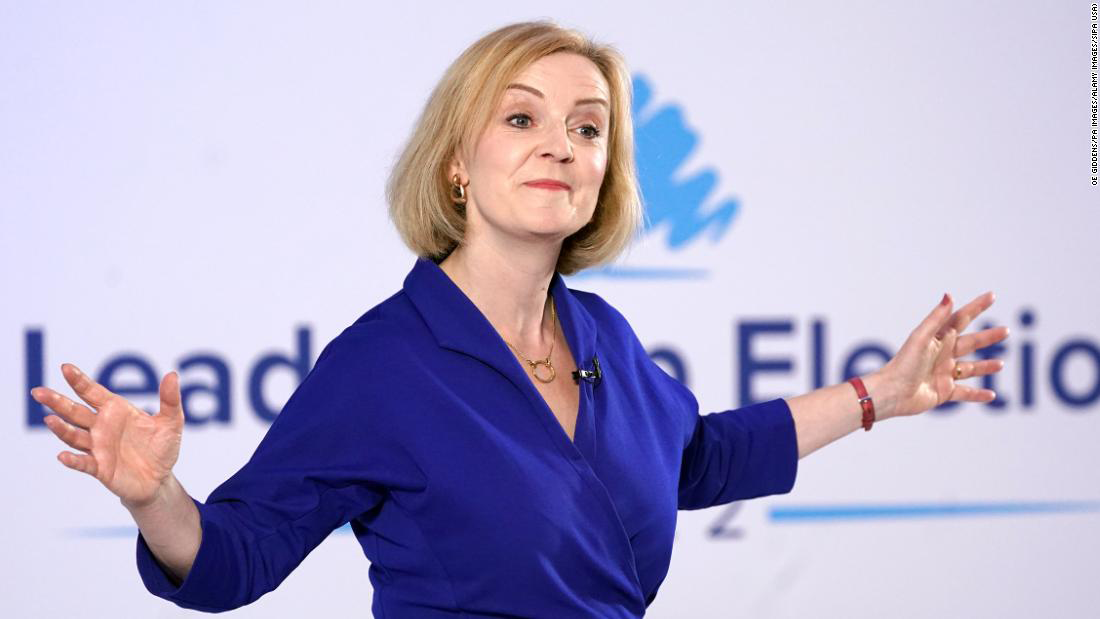 Foreign Secretary Liz Truss has been named leader of the governing Conservative Party, taking power as Britain’s next prime minister at a time when the country faces a cost-of-living crisis, industrial unrest and a recession.

After weeks of an often bad-tempered and divisive party leadership contest that pitted Truss against Rishi Sunak, a former finance minister, Monday’s announcement triggered the beginning of a handover from Boris Johnson.

Johnson was forced to announce his resignation in July after months of scandal and he will travel to Scotland to meet Queen Elizabeth on Tuesday to officially tender his resignation.

His successor will follow him and be asked to form a government.

In a short victory speech at the announcement in a central London convention hall, Truss said it was an “honour” to be elected after undergoing “one of the longest job interviews in history”.

Al Jazeera’s Jonah Hull, reporting from London, said Truss won not as resoundingly as the opinion polls might have earlier suggested.

“She picked up 57 percent of eligible votes among Conservative Party members. Rishi Sunak, former chancellor of the exchequer, got 42 percent,” he said.

Long the frontrunner in the race to replace Johnson, Truss became the Conservatives’ fourth prime minister since a 2015 election.

Over that period the country has been buffeted from crisis to crisis, and now faces what is forecast to be a long recession triggered by sky-rocketing inflation which hit 10.1 percent in July.

Speaking in a TV interview on Sunday, she declined to give details of the measures she says will reassure millions of people who fear they will be unable to pay their fuel bills as winter approaches.

She declined to comment on a report that her energy plan could exceed 100 billion British pounds ($115bn), but the legislator tipped to be her finance minister, business minister Kwasi Kwarteng, wrote on Monday that the government could afford to borrow more to fund support for households and businesses.

Truss signalled during her leadership campaign she would challenge convention by scrapping tax increases and cutting other levies that some economists say would increase inflation.

That, plus a pledge to review the remit of the Bank of England while protecting its independence, has prompted some investors to dump the pound and government bonds.

Kwarteng sought to calm markets on Monday, saying in an article in the Financial Times newspaper that under Truss there would need to be “some fiscal loosening” but that her administration would act in “a fiscally responsible way”.