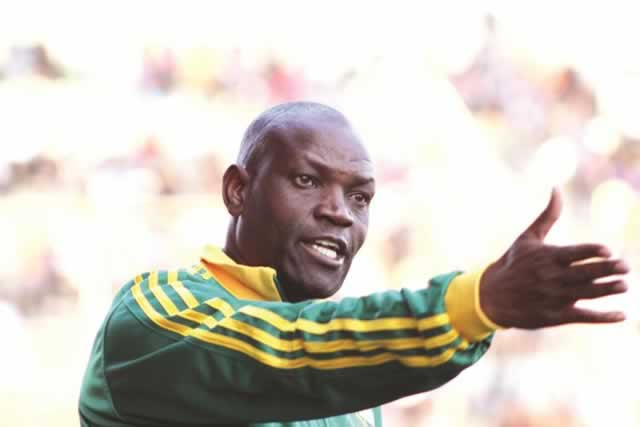 VETERAN gaffer, Lloyd Mutasa, has carved his own piece of history after guiding Greenfuel Football Club to a remarkable 24 game unbeaten run with four games left to play till end of the Eastern Region Soccer League (ERSL) 2022 season.

Mutasa needs only one point from the remaining fixtures to make his return to topflight action and is eyeing to do it in style this coming weekend against Grayham.

Greenfuel registered 19 wins and five draws in 24 outings under the tutelage of the seasoned shrewd tactician.

The soft spoken gaffer, who is popularly regarded as Samaita, has maintained a fine run at the helm of the Billy Rautenbech funded side.

In an interview with NewZimbabwe.com, Mutasa heaped praises on his charges for their superb and industrious journey.

“The feeling is great and the momentum is very high. The boys are determined and we hope that we get promoted this coming weekend when we play away to Grayham. We worked hard as a team and we look forward to continuing with the fine run till the end of the season,” said Mutasa.

ERSL Chairperson, Davison Muchena, applauded all teams in the region for being competitive, but singled out Greenfuel for assembling a side with top-notch players.

“Quality of the game is very high as usual, but the only thing that separates all the other teams with Greenfuel is the financial muscle, but we also have other youthful and competitive sides like Melfort. Greenfuel assembled a team of premiership quality players but above all, competition is very high in the region,”  said Muchena.

He also revealed that ERSL and Northern Region have agreed on a deal that will see both league champions lock horns in a cup game after completion of the pending season.

The Ethanol Boys as the Chisumbanje based side is affectionately known had an illustrious season with the likes of Ishmael Lawe, Leeroy Murape and former Dynamos speedy winger, Cleopas Kapupurika causing all sorts of problems for opponents.

As it stands, Greenfuel has 62 points, 14 points clear of second placed Mutare City Rovers who have a game in hand.

Northern Region log leaders Simba Bhora are also poised to secure the topflight ticket after stretching their gap with the second placed Herentials U20 to five points.

Former premier outfit, Hwange FC are looking forward to a return in the top-drawer big league as they lead the pack in the Southern Region.