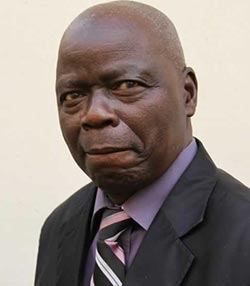 ENERGY Minister Dzikamai Mavhaire on Wednesday delivered a chilling message to Zimbabweans: brace for more load-shedding.
Mavhaire said Zimbabweans must prepare for tough times ahead as the government did not have enough money to complete its power generating projects.
The minister was responding to a question by Harare Central MP, Murisi Zwizwai, during parliament’s question time.
Zwizwai wanted to know whether the government had instituted any plans to combat the endless load-shedding in the country.
In response Mavhaire did not mince his words admitting that the Zanu PF-led government was facing challenges in addressing power shortages in the country.
“It is always good to tell the truth. Our honourable members know that we have power challenges. Load-shedding will be with us for some time. The government has no money,” Mavhaire said.
“We are putting in place energy conservation mechanisms. We are also refurbishing Kariba Power Station and we have already moved into green fuel. By 2017, we are likely to commission Kariba South extension.”
Power cuts have been a constant in Zimbabwe for over a decade due to ageing power generating machines that have not been replaced.
Some households go for days without power.
The power crisis has also had a huge impact on Zimbabwe’s struggling industries leading to mass layoffs as companies have been forced to downsize operations.Advertisement