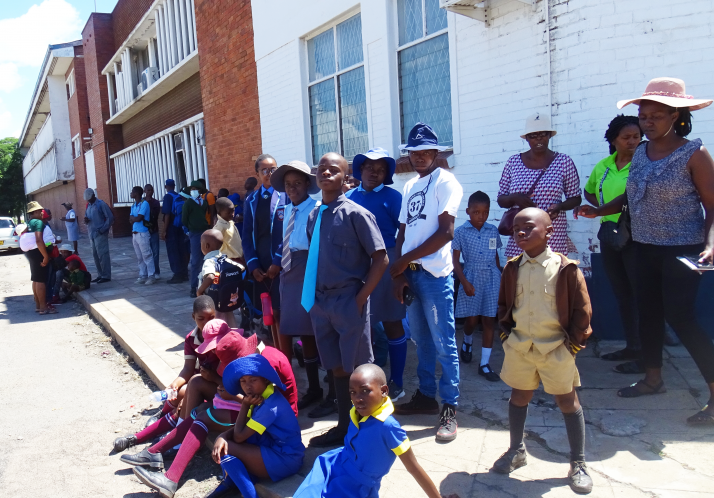 LOBELS Biscuits has dismissed more than 400 workers at its Belmont factory in Bulawayo for participating in demonstrations over sexual harassment , nepotism and low wages, among others.

The workers in November last year staged demonstrations at the factory calling for the dismissal of the company’s Chief operations officer, Andrew Dinhidza, accusing him of oppression.

They also accused their boss of giving his relatives senior positions at the company.

The workers, in addition, accused Dinhidza of sexually harassing female employees at the firm.

In an interview with Newzimbabwe.com, some of the affected workers said woes started sometime last year when the workers reported the company to the Biscuits Manufactures Industry National Employment Council (NEC) for underpaying them.

“Our problem started when NEC ordered the company to pay the lowest paid worker the statutory US$270 per month.

“Prior to the NEC order, some workers were being paid as little as US$ 60 per month.

“Workers were also not happy with the company’s decision to deduct 15% of our salaries following a robbery at the company‘s premises in March this year,” said Moses Matupise, a former workers committee member.

Thieves broke into the company’s offices in March and stole R16.7 million and US$80 000 in cash during the break-in.

According to the workers, management was also angered by the workers’ decision to report Dinhidza and one of his cousins to the police for alleged sexual harassment.

“It seems the company management was not happy with the workers’ decision to report the chief operations officer to the Gender Commission, Zanu PF and the police.

“Dinhidza and his cousin, who is also a worker at the company, have been sexually molesting female workers.

“Actually, five cases of rape have been reported at various police stations for Dinhidza, while his cousin is also accused of raping a female worker.

“There are case numbers to prove these allegations,” said another worker who refused to be named for fear of victimisation.

The worker said besides the recommendations of the Gender Commission that Dinhidza should be sacked, he is still in charge.

“We do not know why the company is protecting this guy who has been even reported to police for sexually abusing female employees.

“About 97,8% of female women at the company have been abused. The Gender Commission has got all the information,” said another worker.

The company recently wrote letters to the workers advising them of the dismissals.

“Our lawyers are challenging the dismissal. Our dismissal was clearly unlawful,” said Matupise.