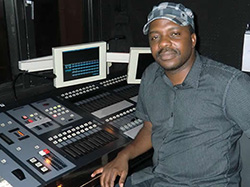 LOCAL artists have described 2014 as a difficult year for the industry, with the economy the number one enemy to its growth and development.
The arts industry is a vital cog in the development of the nation and whenever the economy takes a knock, the sector suffers heavily.
The major development for the industry was the establishment of a stand-alone ministry – that of Sports, Arts and Culture, headed by Andrew Langa – tasked with reviving sports, develop the arts industry and preserve the nation’s culture and heritage.
NewZimbabwe.com caught up with some of the industry players and this is how they summed up the performance of the arts industry in 2014.
Nkululeko Dube (Founder and Director of Inkululeko Yabatsha School of Arts): “I have mixed feelings about the year. There were some positives and negatives.
“I feel the introduction of the ministry (Sports, Arts and Culture) was one positive but we need to establish it and ensure it has clear functions for the benefit of the artistes. Clearly, the ministry operated with little or no budget at all and together with the National Arts Council of Zimbabwe they need to do more.
“I feel we let down a lot of travelling arts projects that intended to come into the country. We need to at least relax or put in place more friendly regulations for international artistes as the sector is still growing. We need more international exposure and exchange.
“All in all, I think save for individual artistes and groups who through their own efforts achieved various goals there was nothing on the national collective that I can distinguish as a highlight. It is the same old struggles and efforts for local artistes.”
Peter Churu (Director, Arterial Network Zimbabwe): “2014 was a challenge for the arts sector as it was for all the other sectors of our economy. The financial crunch did not spare us either but we still had a lot of positives.
“All our usual arts festivals took place with considerable success. During Intwasa Arts Festival we were able to meet as the Zimbabwe Theatre Association and elect a new executive led by Daniel Maphosa. At Arterial Network we were able to hold a successful all-stakeholders conference from which sound resolutions were adopted.
“After a period of inertia, our parent ministry got going by the minister meeting stakeholders and indeed I was part of the consultations at Amakhosi when Cont and some of us were able to articulate our positions to the minister who was attentive and promised more and better engagement. The NACZ was part of our all-stakeholders conference as was the ministry.Advertisement

“Above all as the theatre sector we celebrated the ground-breaking ceremony for the relaunch of Theatre in the Park. I know various production houses were restrategising and getting ready for next year, I therefore look forward to 2015 with enthusiasm, hope and excitement.”
Matesu Dube (Director and Founding member of Umkhathi Theatre Works): “I think the year was fair to us as an industry. But I feel there is need for a link between the ministries of arts and that of education even though they are now separate entities.
“The National Arts Council of Zimbabwe did well with their programs such as the Chibuku Road to Fame and Jikinya festival. They also brought adjudication workshops to Bulawayo. The Ministry of Sports, Arts and Culture was in charge of the 2014 Africa Union Sports Council Region 5 Youth Games held in Bulawayo and most of our artistes benefitted. I hope 2015 will have more programs and the ministry will wake up from its slumber and come up with better and improved policies for the arts.”
Ntando Van Moyo (Stand Up Comedian and founder of Umahlekisa Comedy Club): “The arts fared better in 2014.
“We saw more organised events and a growth in attendance of arts events and festivals as well as improved recognition particularly of music from the Matabeleland region. This shows that the arts council made efforts to promote the growth of the sector. The parent ministry on the other hand was as good as non-existent.”
Thabani Moyo – playwright: “I think it was fair. We had Inxusa Festival coming back to life, we had Intwasa Festival Ko Bulawayo happening and justifying its claim as one of Zimbabwe’s leading arts fiestas by giving us a good dish of productions. We also had Ibumba Arts Festival also happening despite financial constraints. Our arts ambassadors IYASA continued to raise the flag abroad and did it well. We had some artistes like Silethemba Magonya touring the world and embracing foreign billboards.
“As for the new Ministry of Arts and Culture, l believe it can do better. At the moment, its ranking is very low as it hasn’t done anything significant for artistes.
“The ministry should be working on putting together resources that artistes can get, maybe as loans or grants so that our Zimbabwean narrative can be told the world over. The National Arts Council of Zimbabwe has continued to play its administrative role. There is little the council can do without proper funding.
“I hope 2015 will be better. For Bulawayo artists, l would like to urge them to work hard despite all the difficulties; we do not need to create a vacuum that will be filled by foreign acts. We have to keep keeping on.”
Saimon Mambazo Phiri (Ibumba International Festival Director): “To be honest, 2014 has  been a yawn for the arts. I believe the National Arts Council of Zimbabwe should be doing more than just hosting the NAMA awards.
“They could have been heavily involved when we did the recently ended Zone 6 Youth Games. The ministry itself should move from just creating policy and practice it, just like they are doing to a fair extent with sports.”