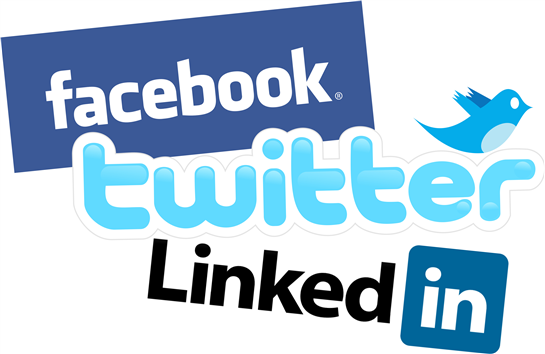 IN EUROPE and America, right now, bankers are the people everyone wants to hate. These so-called masters of the universe drew the ire of the public as their ‘voodoo’ banking practises saw them throw caution to the wind, costing the taxpayers ‘boatloads’ of money through bail outs of distressed institutions.
In Zimbabwe, though similar, it’s not so much the bankers themselves, but the banking institutions as a whole that have been affected by the credibility deficit sparked by the misdemeanours – for lack of better word – of local bankers.  After a proliferation of home-grown banks due to the market liberalisation of 1990s, like dominos, most of these banks have collapsed, tainting the image of indigenous banks in the process.
Add to that the thirteen figure losses the public suffered when the local currency was demonetised, and you have large swathes – of the banked population – generally apprehensive of the entire banking system. Banking, unlike a fast-food chain for example, is a service. It sells you something you cannot feel, or touch. The service offering is supposed to be a pleasant and unforgettable experience that will leave the customer gasping for more. Essentially, the customer is king as the adage goes, implying the customer is integral to the operations of the banks.
Zimbabwe`s banking scene like others, is not without its challenges. Banks are increasingly under a barrage of attacks from many angles. Innovation is the name of the game, and innovate banks must!  One area which banks globally have been gravitating towards is the use of social media in engaging their clients as well as a tool to offer enhanced services. But not our local banks! These, it seems, will not innovate in this way even if their continued existence depended on it; as a matter of fact, it does.
Let’s face it, times are changing and the traditional modes of doing banking are gradually becoming less ideal and thus unfit for the purpose they are meant to serve; that being, convenience. While banks worldwide, our local ones included, have done reasonably well in exploiting internet and mobile banking, they now seem stuck on that. Little has been done in terms of pushing the envelope to fully maximising social media, especially now that it is becoming a bigger part of our everyday lives.Advertisement

Facebook and twitter have been real game changers in the way companies interact with their customers. These tools are often used successfully by companies as a means of information gathering and dissemination, social collaborations with clients, servicing the customer network and, in some instances, as a service delivery channel. Obviously, for the Zimbabwean market, social media platforms like Facebook and Twitter have not yet matured enough to be turned into channels for executing banking transactions. But banks can still make an attempt to have a stronger online presence and increase their customer satisfaction levels across the board through the use of social media. Especially more so now, that bank customer satisfaction levels are low globally according to the Capgemini 2014 World Retail Banking Report.
Just a quick glance on Twitter would show that of the 16 banking institutions in the country only Steward Bank has an active twitter account, although multinational banks like Barclays and Standard Bank could be excused by virtue of each having a twitter account for the whole of Africa managed by their parent banks. Still, the case can be made for these foreign banks to have country-specific accounts to service local customers. The same can be argued for Facebook as well. Again, in cases where a page or account for a bank has been created, the level of engagement is virtually non-existent. Suffice to say, the silence of local banks on social media is deafening.
The irony is that, outside of banking people are already interacting and engaging with some of their favourite brands on social media. This real-time engagement is something that reaffirms that personal touch customers ever so yearn for. Local telecommunications companies have mastered this, and are fully exploiting the power of social media. Banks too can learn a thing or two from this and apply it, and get ready to be gobsmacked at the results such an approach can yield.
It would be in the best interests of banks to offer a holistic social media presence that assists customers when they are seeking service, advice and new offers among other things. A survey by US management consulting firm Accenture in 2012 asked customers to list the way they would like to interact with their financial services firms via social media and some of the ways included alerts about upcoming promotions and specials, offering customer service, offering financial advice, being able to post reviews, complaints and questions as well as accessing educational information about personal finances. Logic would suggest that the Zimbabwean customer would likely not differ much from their American counterpart on their expectations of social media engagement with banks.
Social media technologies are a reality that banks have to face in their continued quest to offer outstanding service to their clients. If they will not utilise them as a part of their continuous improvement and adaptation to changing times, then for heaven`s sake, they should tap into them because the customer of today, demands it. Ecocash a competitor to the traditional banking model has embraced social media and the fruits are self-evident.