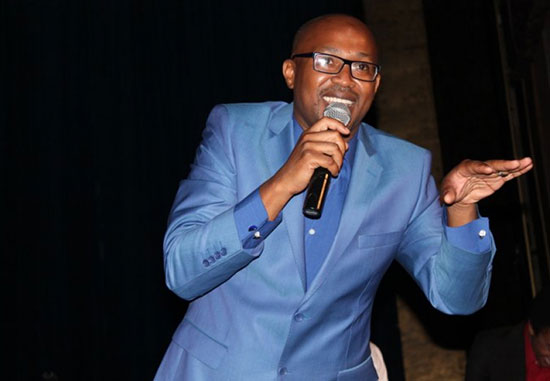 ZIMBABWEAN stand-up comedian, Carl Joshua Ncube, has broken the Guinness Book of World Records, by doing the most number of comedy shows in a week.
Ncube had set out to do 35 comedy shows in 35 venues to beat the current record of 30 comedy shows set by Australian comedian Mark Murphy.
The rib-cracker successfully performed 31 shows, managing to beat the world record.
He staged the shows in comedy venues in Cape Town and Johannesburg in South Africa, Harare, Bulawayo and Victoria Falls.
Ncube however, has to wait for the Guinness Book of World Records officials to verify his bid before the record becomes official.
In an interview with NewZimbabwe.com, the comedian said it was a proud moment in his comedy career.
“As far as we are concerned we have broken the Guinness Book of World Record for the most number of comedy shows, but for it to be an official record, the Guinness jury has to sit and decide on that.
“As Zimbabwe we have bragging rights, we can say that a Zimbabwean has surpassed a record done by an Australian comedian,” said an ecstatic Ncube.
“It was an exciting experience,” he added.
The comedian said he worked with a great team which assisted in putting together the logistics for the shows to be a success.
While the bid received a lot of support, there were some disappointments along the way as some people withdrew their support at critical moments, Ncube said, although he still managed to pull through.
Ncube said the world record will be an inspiration to other comedians in the country.
“What I am trying to do is to inspire young comics to actually think outside the box and say it can be done,” he said.
If the world record attempt is allowed to stand, Ncube will become the first ever African comedian to achieve such a feat.Advertisement