LOCAL Government Minister, July Moyo has been accused of unlawfully influencing the appointment of one Tranos Manjiva as Chief Nemanwa in an unfolding chieftainship row in Masvingo.

The minister is now being sued by Jimmy Matambo, a claimant to the throne.

In an urgent chamber application filed at the High Court, Matambo cited Manjiva, Moyo and President Emmerson Mnangagwa as respondents.

“I am a claimant to the Nemanwa Chieftainship being of the Zavango House which has such rights,” he said.

Manjiva resides in Ward 12 in a village less than 1km from Chief Charumbira, Masvingo.

This recommendation was made by Moyo to the President in terms of a Cabinet Minute CM/S1/22 on 24 June 2022.

The recommendation was approved by President Mnangagwa on August 30, 2022.

Matambo then filed an urgent chamber application for an interdict to stop the official installation of Manjiva as Chief Nemanwa.

The installation is expected to take place on October 1.

“The 1st Respondent (Manjiva) has already stated that he does not reside under Headman Nemanwa’s area, he resides under Chief Charumbira’s area.

“He is, therefore, ineligible because he will be a chief in the area of another chief,” reads part of the application. 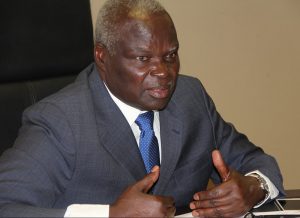 According to court papers, on June 24, 2021 a meeting was called by the local government ministry’s provincial office.

The team, which called for that family meeting did not disclose the reason for the indaba.

“The meeting was not advertised as one for the nomination of a new chief. Not all the members of the two Chieftainship houses were invited to that meeting,” claimed Matambo.

“As such people who attended that meeting did not know its purpose and it was not called by the Provincial Chiefs Assembly. This was in breach of the manner in which such a meeting for the appointment of a chief should be called and held. The people who attended were not told in advance.”

Matambo said Nemauzhe was not sent by the Chief’s Assembly but went “on a frolic of his own without the agreement or mandate of the Chiefs Assembly”.

He added that the procedure of the Provincial Chiefs Assembly is that it appoints a team of not less than three chiefs who will go to the selection meetings.

In this case, no such team was sent.

No proper recommendation would be made by the minister to the President without a proper selection by the Provincial Chiefs Assembly.”

Matambo wants the selection process to be re-done in terms of the provisions of the Constitution which were violated by the minister.

He told court that the appointment of Manjiva was nullified by the Provincial Chiefs Assembly.

Despite the nullification by the Provincial Chiefs Assembly of this nomination, Moyo proceeded to push Manjiva’s appointment as substantive chief.

Who should be appointed Chief Nemanwa?

Matambo said, in terms of the traditions of the Chieftainship, it is known to the Nemamwa clan that the house to which Manjiva belongs is not on the original family tree.

He said Manjiva’s house was never considered for chieftainship because it was reserved for priesthood of the rainmaking ceremonies which is called Mutoro.

He said because of this, the family never sat on the throne as that would violate their calling of priesthood.

“Our house being Zangariko and Chirichoga house, were the only two houses which occupied the chieftainship,” said Matambo.

“It is not true that nomination was done by the Nemanwa clan because both the Zangariko and Chirichoga clans have objected to the appointment of Manjiva.”