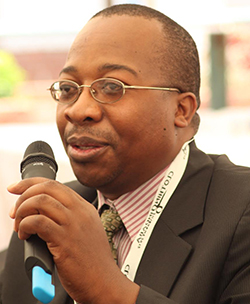 NEWLY elected Confederation of Zimbabwe Industries (CZI) president Sifelani Jabangwe has predicted a turbulent phase for the country’s struggling industry in the lead up to the harmonised elections due next year.
Addressing fellow industrialists at the CZI annual general meeting in Harare Wednesday, Jabangwe said business was “entering a very difficult period” ahead of the crunch vote.
He later told journalists on the side-lines of the forum that local business has been doing well in lobbying politicians in government corridors to address some of the policies inhibiting local production.
“Usually with elections, this is not the easiest period to engage with politicians because they will be involved in other projects. So, normally it takes longer to get support,” Jabangwe said.
“This is where politics takes centre stage because everyone is looking at their own issues. So, these are the areas where we are worried that with what we are lobbying for, will we still be able to implement them at the same pace because we are involved in various programmes, some of which require changing.
“Some of the laws that are inhibiting business let’s say from exporting or that are resulting in the high cost environment.”
Zimbabwe’s business environment remains tough for local manufacturers who have to contend with stiff competition from cheap South African imports and beyond, a high-power tariff regime that has increased the cost of production and a recurrent liquidity crunch.
Business now relies on policy makers to introduce measures that hedge local industry from what has turned out to be unfair competition from products produced outside with less financial strain.
CZI last year successful lobbied government for the introduction of import restrictions availed by Statutory Instrument 64/2016.
Business still wants government to adopt the South African rand as the country’s anchor currency, among some of the policy measures meant to improve the operating environment.
But Jabangwe said it may be difficult to flag down politicians who may now be busy trying to save their political lives.
“During elections, everyone will be going back to their constituencies, they will be having dual responsibilities as in government and their own constituency issues; campaigning and so forth.Advertisement

“So, we may not be able to find them as easily as before because of dual responsibilities that they have,” he said.