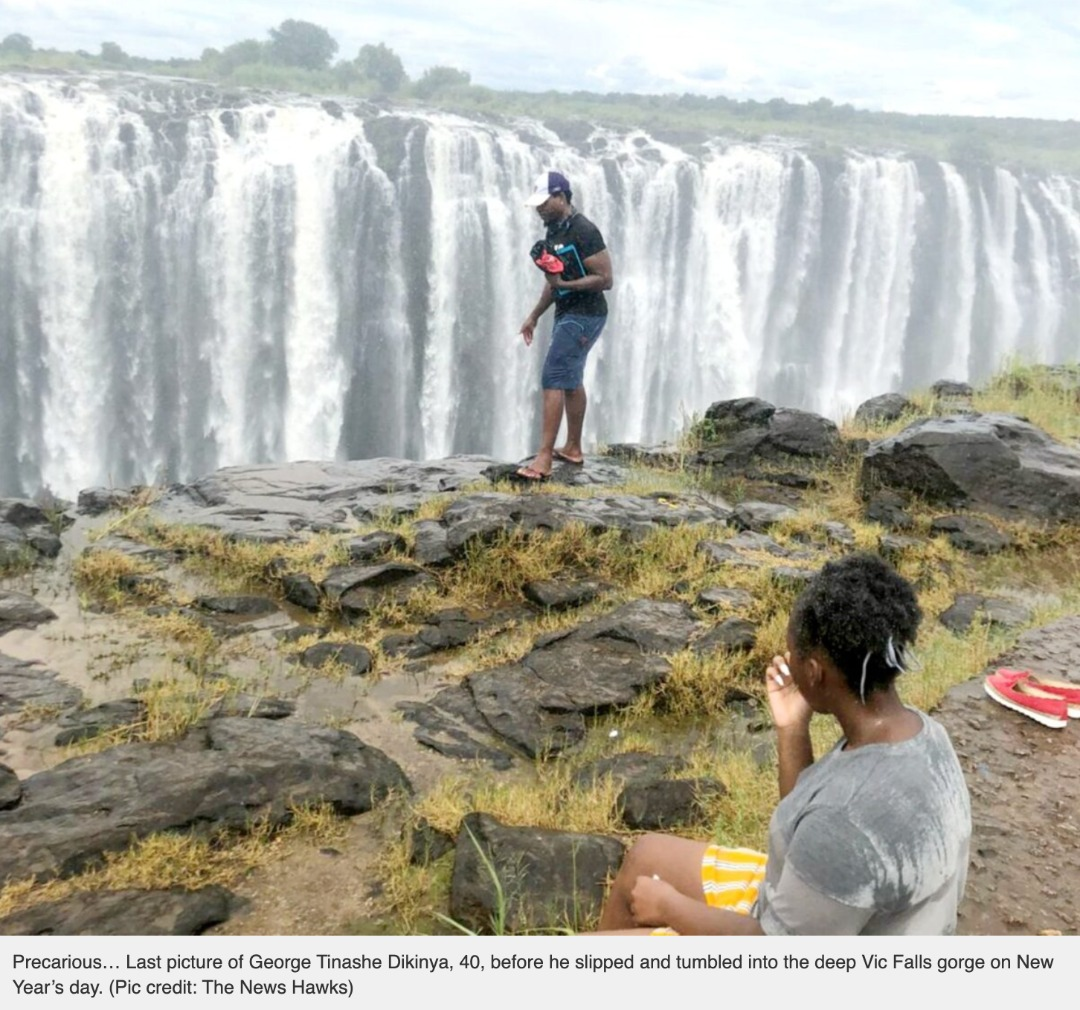 VICTORIA FALLS: A rescue team here has spotted the body of a local tourist who fell into the Victoria Falls gorge on New Year’s Day, but could not retrieve it as it is reportedly stuck on a concave at the foot of the gorge just above the water.

Rescuers comprising rafting guides who usually lead search teams for bodies that drown in Victoria Falls spotted the body of Roy Dikinya (40) of Harare Saturday but failed to reach it.

The gorge is roughly 120 metres deep from the top of the waterfall.

According to rafting guides at the site, the body fell onto a rock just above the water.

The team only spotted the body from afar but could not reach it as it is not possible to use a raft.

There are now plans to invite the Airforce of Zimbabwe to bring a helicopter which would hover on the cliff and lower rescuers using a rope to airlift the body from the gorge.

“The body has been spotted but it is not in water. It looks like it fell on the edge of the gorge and got stuck on rocks before reaching the water. What’s needed is a helicopter to lower a rope that will then be used to air lift the body.

“The other alternative will be to bring rock climbers from the Airforce of Zimbabwe who can be lowered and retrieve the body,” said a rafting guide.

Police and Zimbabwe National Parks authorities could not be reached for comment Sunday.

The second body that was spotted at Rapid Number 8 has not been identified while efforts were being made Sunday afternoon to raft it down to Rapid Number 10 where it can be lifted out of the river.

Dikinya allegedly slipped at the Danger Point within the Rainforest and fell down the more than 100 metres gorge below the waterfall.  Water levels in the Zambezi River are steadily rising owing to heavy rains that have been falling upstream.

Similar incidents of tourists drowning in the gorges have happened before.

In 2009 a local tour guide who was working for a South African safari operator fell headlong into the gorge while trying to save a European tourist who had slipped while swimming in the Devil’s Pool where “brave” tourists usually dangerously swim on the cliff.

In 2019, a 34-year-old Israeli tourist drowned while swimming without a life jacket in the flooded Zambezi River near the Victoria Falls Bridge before the body was retrieved three days later.