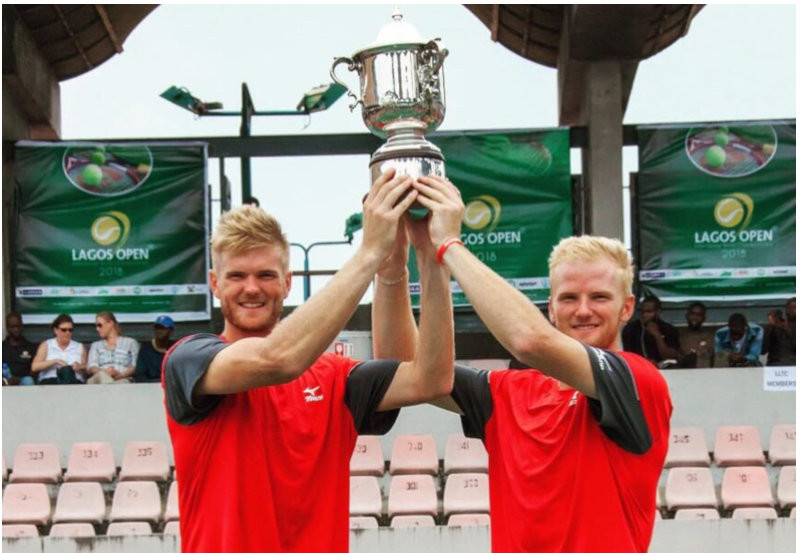 ZIMBABWE’S tennis siblings Benjamin and Courtney Lock have set their sights towards making a solid return to the professional tennis circuit after recently resuming training in preparation for a possible return of tournaments on the international circuit next month.

Professional tennis has been paralysed since March 12 due to the coronavirus pandemic with several international tournaments around the world being either postponed or cancelled.

Last week, the Association of Tennis Professionals (ATP) and Women’s Tennis Association (WTA) extended the suspension of their tours until at least the end of July and thus, increasing the list of cancelled tournaments to 40.

The Lock brothers, who have been inactive for the last couple of months after the mass cancellations of tournaments, started training at Harare Sports Club last week.

This is after tennis was given the green light to resume their activities by the Zimbabwe government, subject to meeting safety guidelines set by the Sports and Recreation Commission and Ministry of Health and Child Care.

Benjamin, 27, who has formed a strong doubles partnership with his young brother, Courtney, 23, in the Davis Cup and the pro tour, said the pair are raring to go after using the lockdown period to reflect and work on their fitness.

“We are looking forward to getting out and playing on the tour once the lockdown and suspension of the tennis tour is lifted. The lockdown has been a time for us to reflect on how grateful we are,” said Benjamin.

“We’ve taken advantage of the time to work on our bodies, be out practicing, and to spend time with family. We hope to be 100% when the tour is back on.”

Courtney said the lockdown has provided him with an opportunity to reflect on his love for the sport of tennis which he started playing at the age of four.

“Tennis is and will always be my first love. I fell in love with it as a four-year-old boy. I’ve been so fortunate to be playing on the tour for the last two and half years with my brother, it’s been an amazing experience and we’ve had some incredible moments thus far,” he said.

The Lock brothers have won ten doubles titles together on the ITF professional circuit.

In February Benjamin celebrated the biggest win of his professional career after combining with American Evan King to win the men’s doubles final at the Launceston International in Tasmania, Australia.

The Launceston International is Lock’s first tournament win on the ATP Challenger Tour which is the second-highest level on men’s professional tennis circuit below the top tier ATP Tour.