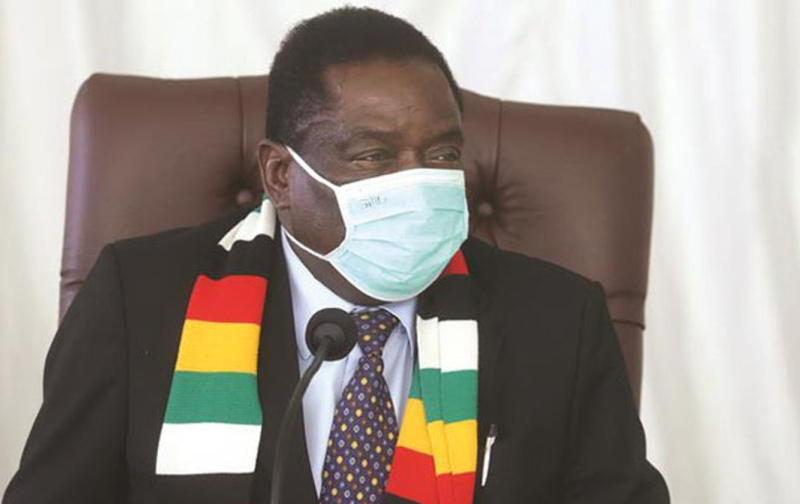 “You are kindly asked to leave town now. Leave town now,” a policeman announces over a hailer in a truck with half a dozen officers patrolling the streets of Bulawayo, Zimbabwe’s second-largest city.

Those who disobey the instruction risk being sprayed by sanitary disinfectant. A necessary action by water cannon trucks often used to crack down on dissenters, but a string of allegations of human rights abuses cast a shadow over the government’s efforts to curb the spread of the global pandemic.

Into the fourth week of an extended coronavirus lockdown, Zimbabwe has 28 cases including four dead.

Across the country, more than 2,000 people have been arrested by police for various offences, including loitering, but more disturbingly nearly 80 civilians have been assaulted by the military and the police according to a report released by the Zimbabwe NGO Human Rights Forum.

The local NGO has urged the government to, “publicly denounce the excessive use of force and beatings by the police” and to ensure the security services use legal channels to enforce order.

But in Zimbabwe’s volatile political atmosphere the judiciary and the security services are seen by critics as tools to crack down on the opposition.

All judicial services are currently suspended, apart from urgent matters and the Supreme Court ruled MDC Alliance leader Nelson Chamisa was an illegitimate leader of the main opposition as his rise to power after the death of founding party leader Morgan Tsvangirai in 2018 contravened sections of the MDC’s constitution.

Unless challenged, the ruling could see Thokozani Khupe leader of the rival splinter group of the MDC-T reclaim full leadership giving her the power to recall 87 MDC Alliance MPs and council authorities.

Although Chamisa remains, a popular figure, the ruling could pose a serious threat to his base, unless the party calls for an extraordinary congress within the next 90 days, as recommended by the courts. The momentary shift of attention from the lockdown to the political can raise questions over the government’s current priorities; fighting the spread of COVID-19 and preventing the meltdown of the economy.

The prices of basic commodities have risen as retailers try to recover the costs of low business during the lockdown. Although global crude oil prices have fallen due to the COVID-19 crisis, the government has raised duty on imported fuel pushing up the pump price by at least US$0.86 (ZWL$3.50).

On the streets, surviving lockdown and it’s hard knock on the economy remains key.

In the capital, business is slowly coming back to life at one of the country’s largest markets as Mbare Musika [market] re-opened to pavements chockful of vegetable traders and bargain hunters. After shutting down for eight days, President Emmerson Mnangagwa’s announced on that farmers should be allowed to supply markets, the marketplaces are crammed full of people. In the Harare market, as elsewhere, few observe social distancing rules and there are no public water points, yet another contradiction of the government’s measures to contain the spread of COVID-19.

Further lifting the ban on business activity, banks and money agencies have reopened for a few days a week. Diaspora remittances are a lifeline to citizens reliant on support from relatives living abroad and a cash-strapped government that earns foreign revenue.

Easing back on tough measures may help save Zimbabwe’s struggling citizens, but it may not be enough. IMF growth forecasts have been slashed from 2% to 0.8%.

A rapidly devaluing currency and fluctuating fiscal policies affect the southern African nation’s macroeconomic stability and the international financier warns the country’s economy is likely to be severely affected by the coronavirus outbreak.

“COVID-19 will make it even harder to balance the policies needed to restore macroeconomic stability with those to address urgent social needs,” the IMF said.

With little social support to cushion its people from the shocks of the coronavirus and a history of contradiction and violence in state operations, Zimbabwe’s leadership may struggle keeping its citizens locked down in peace, virus-free and bellyful.