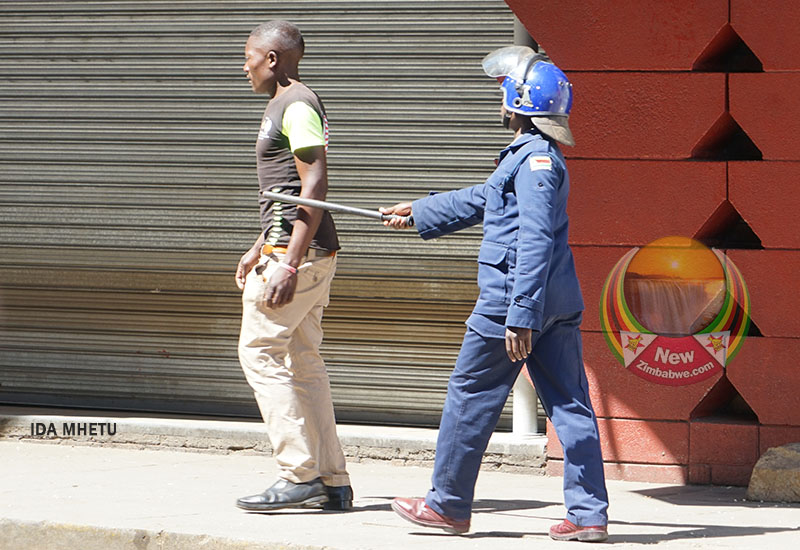 TWO Chinhoyi residents have petitioned the High Court seeking an order to compel police officers and soldiers, who are currently enforcing the national lockdown to wear protective clothing in the course of discharging their duties.

The residents also want the courts to compel the security agents to stop arbitrary arrests and assault of members of the public.

They are being represented by the Zimbabwe Lawyers For Human Rights.

They want the court to prohibit Zimbabwe Republic Police (ZRP) and Zimbabwe National Army (ZNA) officers from rounding up and assaulting members of the public during the current 21-day national lockdown period.

Basopo and Yona told the court that some police and soldiers assaulted them and other members of the public on 7 April on allegations of violating the lockdown.

The two were allegedly found preparing food on an open fire as there was no electricity in their suburb and while parking a vehicle outside their respective homes.

Basopo and Yona stated that they are worried that the army officers who assaulted and tortured them could have infected them with the deadly coronavirus as they were just assaulting them while their noses and mouths were not covered.

The conduct by the police and soldiers, Basopo and Yona said, while manifestly unlawful, also violated provisions of the law prescribing the maintenance of social distancing to curb the transmission of the virus and placed them at great risk of contracting the virus.

They are arguing that the Respondents failed to protect the public by failing to enforce the lockdown regulations at open markets such as Mbare Musika in Harare and Sakubva in Mutare, where gatherings continue to grow unabated, a situation which promotes the spread of coronavirus and threatens the health and lives of Zimbabweans.

Basopo, Yona and ZLHR want the High Court to issue an interdict to prevent police and army officers from assaulting and rounding up residents while in crammed vehicles during the national lockdown to prevent the spread of coronavirus.

They also want the law enforcement agents to be compelled to lawfully enforce the lockdown order in crowded areas, which have been classified under essential services.