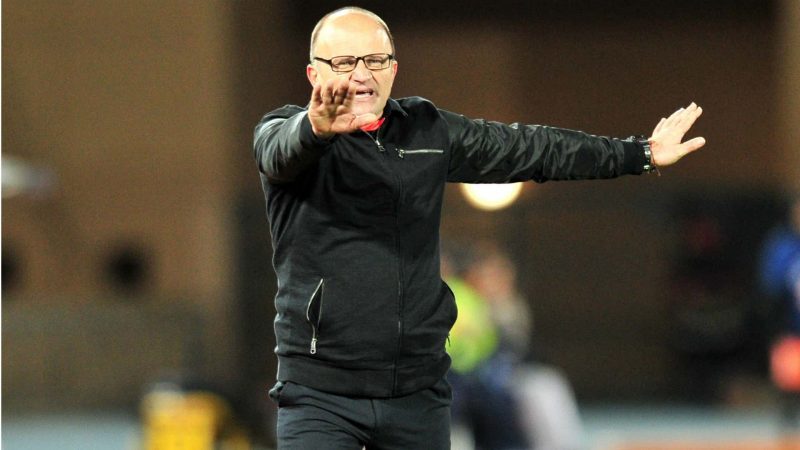 Although they had picked a comfortable 2-0 win in the first leg, the Tanzanian champions stumbled at home and suffered a 3-1 loss so their journey in the competition came to a shocking halt on the away goals rule.

Logarusic, 56, who parted ways with Zimbabwe after a poor run in their World Cup qualification campaign in September, is now a clear candidate to take over at the Dar es Salaam giants whom he coached between 2013 and 2014.

“We have considered a number of factors and one of them is that we need a coach who understands African football and one who has worked for different teams on the continent. In that case, we are keen to have him [Logarusic] and we have made the approach already,” a source close to the club told Goal.

“He is actually not the only one we are talking to but he is a prime candidate at the moment. We have contacted coaches that have worked in Kenya, South Africa, North Africa, and even in Zambia but we will take our time before we can make a final call.”

Logarusic has also worked at Ashanti Gold and Asante Kotoko of Ghana; as well as Gor Mahia and AFC Leopards of Kenya. At international level, he has handled Sudan and the Warriors of Zimbabwe.

The source also explained why a change in the club’s technical team was inevitable: “Everyone was shocked that we exited the competition at the preliminary round,” he added.

“We have always set the bar high in the Champions League where our dream target is reaching the penultimate stage as the bare minimum. See how we have invested in our squad, probably one of the best in Africa and now we are out.

“We cannot specifically say so and so was responsible for the elimination, but after such a result, self-introspection is key. We needed to ask the hard questions, get answers in order not to repeat the mistakes in the future.”

Simba will now hope to make further progress after dropping to the Confederation Cup where they were drawn against Zambia’s Red Arrows in the play-offs.