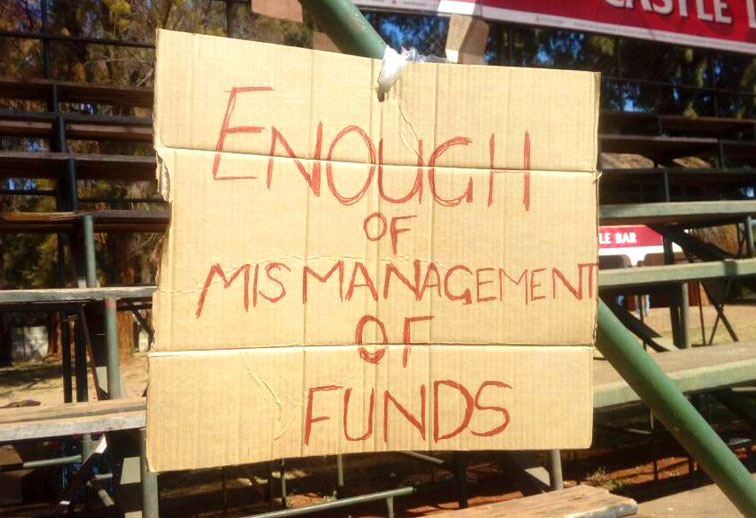 Zimbabwe are in the doldrums. They had lost five frontline players before this tri-series began, lost their senior seamer to injury in their opening game, and now it seems they might have lost the backing of their long-suffering fans.

The Zimbabwe players fielding in front of the boisterous Castle Corner stands at Harare Sports Club copped some flak during Aaron Finch‘s record-breaking knock, with allrounder Solomon Mire getting an earful when he was in that position.

“It’s a tough one,” Mire said. “The fans are a little bit angry [at what has been happening]. But that’s something that’s out of our control at the moment.

“The only thing we can do is concentrate on trying to perform, and hopefully that will win back the fans. Unfortunately, nothing went to plan in the first innings. The wicket didn’t behave like we thought it would and we didn’t get any early wickets.”

Performance would seem to be key, as the disgruntled fans eventually started cheering every boundary Finch hit.

“That was nice,” Finch said. “This is my fifth time here to Harare, and down in that far pocket at long-off there’s always a good crowd and some really good support for whoever plays well on the day, whether it’s a Zimbabwean batter or Australian bowler, whatever it might be. It’s nice to get them on side.”

Some of the loudest cheers for Zimbabwe were delivered ironically, the game long since gone, when Nos. 10 and 11 were clinging stubbornly to the crease and solid forward defensive strokes were applauded.

It wasn’t just the team that bore the brunt of supporters’ disenchantment. A group of fans organising themselves as the Zimbabwe Cricket Supporters Union also directed their anger at the ZC board, holding up banners and placards including statements such as: “No to victimization”, “ZC board must go” and “enough of mismanagement of funds”.

The group compiled their grievances in a letter seen by ESPNcricinfo intended to be handed to ZC board chairman Tavengwa Mukuhlani, listing, among other things, alleged maladministration, a “shambolic domestic league”, and hurdles to the formation of a players’ union. This group eventually left the ground after negotiating with security, leaving their banners on an empty stand.

“It’s disappointing,” Mire said. “It’s been the trend in the last two games that we’re scrambling to get over the line and finish our 20 overs at the end.

“That’s testament to the fact that we’re continuing to go hard and we’re not really working those middle overs very well.

“If we go hard early, we’ve got to consolidate if we lose early wickets. Which also comes down to maybe me or one of the top order guys have to bat through.

“With the current set-up that we have, it’s important that the guys who get in cash in. That’s probably the big difference. We’re probably a little bit light in that regard.”

Mire suggested that Zimbabwe had a lot to learn from how the Australian openers built their record-breaking partnership.

“You can learn from how the opposition went about it. The guy that was in definitely cashed in, and they didn’t both try to go. D’Arcy [Short] did well to give Finchy a lot of the strike, and he was the guy who was in and he cashed in. We have to do that. If a guy gets a good start, he’s got to continue.”