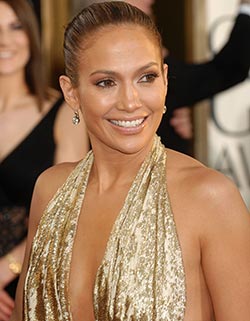 A FEW days back, pop star Jennifer Lopez and boyfriend Casper Smart called it quits and the songstress is reportedly searching for love again.
While on Live With Kelly and Michael talk show, the On the Floor singer admitted getting attracted to British model David Gandy, who made an appearance in her latest music video First Love.
“Well, I would never ever name anybody, but I just did a video with this model. I don’t know if you guys know him, his name is David Gandy … He’s in the Dolce & Gabbana ads … I mean, this guy, he’s almost perfect. He’s almost perfect,” she said.
The 44-year-old singer and actress broke up with 27-year-old Casper Smart after their two-and-a-half-year romance, over claims that he flirted with two transsexual models on Instagram.
The I Luh Ya Puppi singer and mother of six-year-old twins, has kept herself busy post her breakup and gives credit to her family for successfully moving on from the heartbreak.
“I’m constantly busy working, so when I do get time off, I like to relax and spend time with my kids, my family, and my friends,” Lopez said in the talk show.
During the interview, the Wedding Planner star also said that she had no regrets in life and believes everything worked well in the end.
The singer, who recently performed during the FIFA World Cup opening ceremony, had received severe backlash for her performance.
Jennifer Lopez – First Love