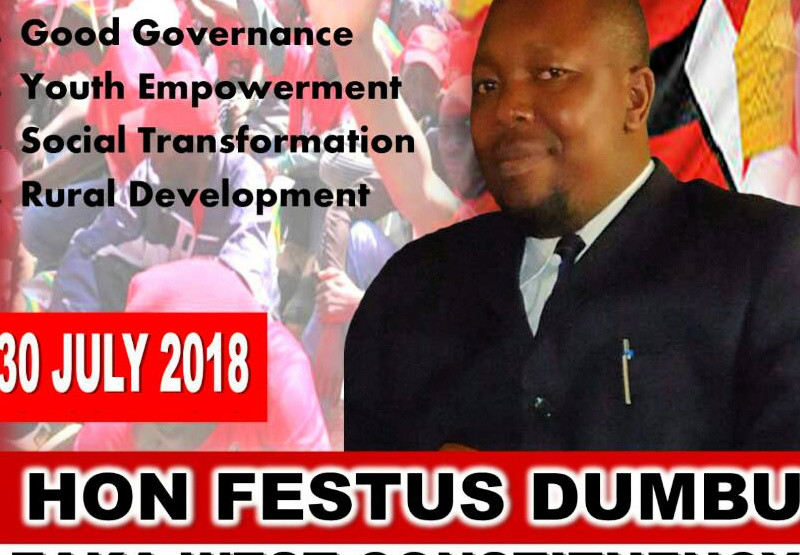 LOSING MDC Alliance parliamentary candidate for Zaka West in the 2018 general elections claims the umbrella political party did not field any candidate in that year’s general election but instead candidates were seconded to contest by their respective parties.

Festus Dumbu, a one time MP for the constituency, said he contested in that election representing the MDC but under the MDC Alliance pact.

His arguments follow this week’s shock expulsion of four MDC Alliance MPs from Parliament after reinstated MDC-T secretary-general Douglas Mwonzora wrote to Speaker of Parliament Jacob Mudenda claiming the legislators were no longer his party members.

However, Dumbu has come out in full support of Mwonzora’s actions attaching evidence showing he filed his election nomination papers as an MDC member not Alliance candidate.

“The MDC Alliance did not field even a single candidate in the 2018 harmonised elections,” he said.

“I contested in Zaka West clearly representing the MDC, under the MDC Alliance electoral pact. Even our Declaration of Loyalty Forms were MDC forms not Alliance forms. PDP (People’s Democratic Party) had its own systems, (Welshman) Ncube had his own systems but we converged on the Alliance front.”

Tendai Biti, now MDC Alliance Vice-President was the leader of the now-defunct PDP.

Zaka West is in Masvingo province. Between 2008 and 2013, Dumbu was MP for the same constituency before he lost to a Zanu PF candidate in 2013.

In 2018, there was confusion in Zaka West when Dumbu and William Zivenge contested on an MDC Alliance ticket with the latter using nomination papers signed by the PDP. Zanu PF’s Ophias Murambiwa emerged the winner.

However, Dumbu said he was surprised that reputable lawyers were choosing to lie and mislead the nation that all contesting candidates in 2018 represented the MDC Alliance.

“It’s surprising to see lawyers of repute choosing to lie and mislead the nation on issues which are straightforward. The MDC must take responsibility for their mistakes and regularise every omission, for the good of the People’s Democratic Revolution. Lies have short legs but the truth remains durable.”

“Attached below is the application form which, I and each MDC member filled for consideration to be included on the panel to represent the MDC during the 2018 parliamentary elections. 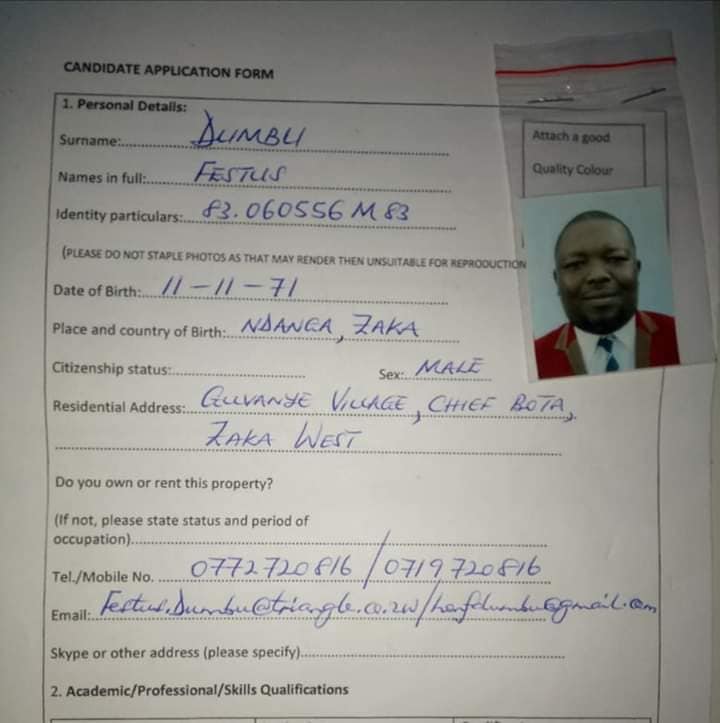 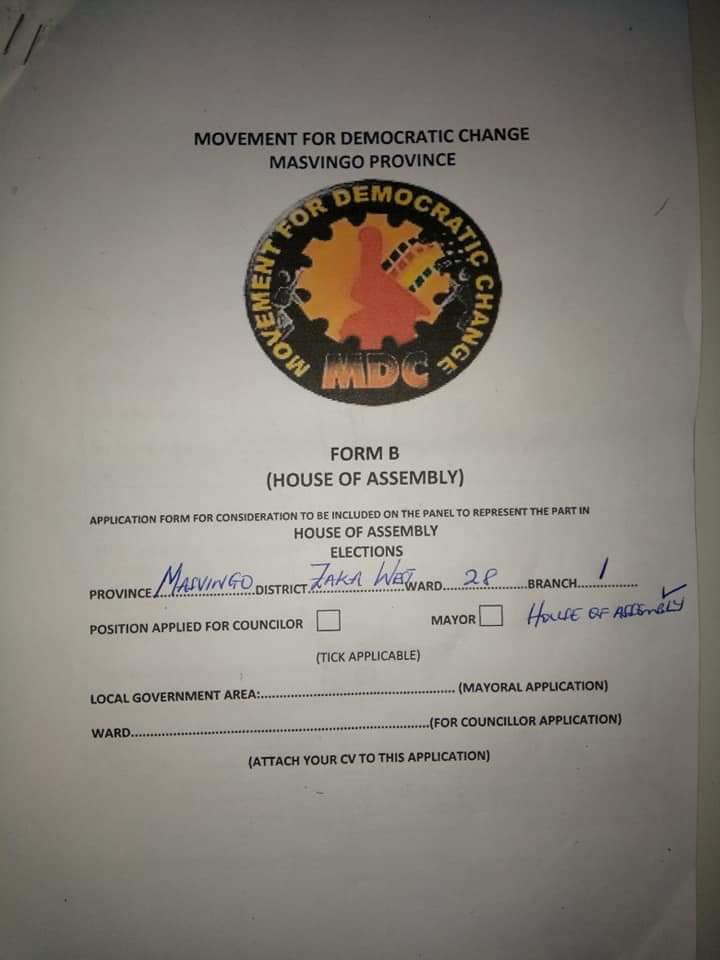